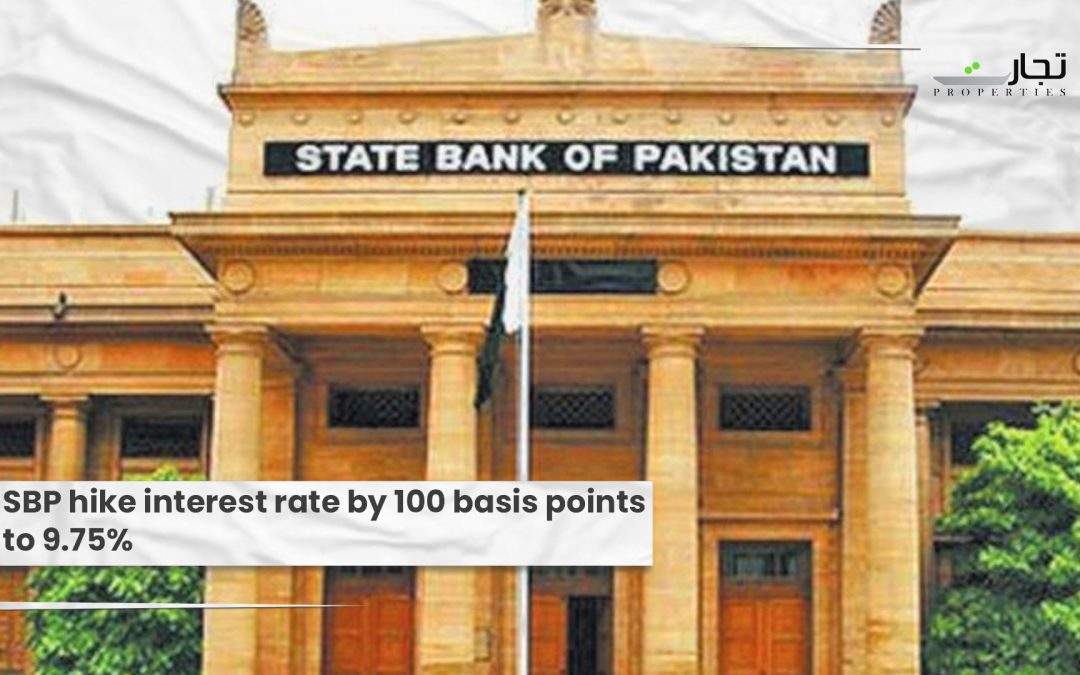 Karachi: According to news sources, the State Bank of Pakistan (SBP) hiked its monetary policy rate by 100 basis points on Tuesday (December 14), bringing the interest rate to 9.75 percent. The policy rate was lifted from 8.75 percent to 9.25 percent, marking the third consecutive hike in reaction to the changing dollar-to-rupee parity, inflation, and widening current account deficit (CAD).

The decision to raise the policy rate was decided during a meeting of the Monetary Policy Committee, according to the article. The SBP claimed that the drop in the policy rate will help sustain growth and lower inflation, informing the public of the adjustment in interest rate via its official Twitter handle.

Following the recent hike, the MPC also emphasised that it expects monetary policy to remain unchained in the near future. Furthermore, SBP Governor Dr. Reza Baqir remarked that the move was expected; nonetheless, the government is expected to keep the interest rate broadly steady at the next MPC meeting on January 24, 2022.

Furthermore, the SBP forecasts inflation to continue between 9 and 11 percent this fiscal year, while GDP growth would reach the upper anticipated rate of 4-5 percent, according to the press statement. It’s worth noting that the SBP has raised interest rates for the third time since September, with the most recent boost of 150 basis points on November 19. The interest rate has been forecast by market experts, and many expect it to rise further in response to the increasing CAD and global market condition.