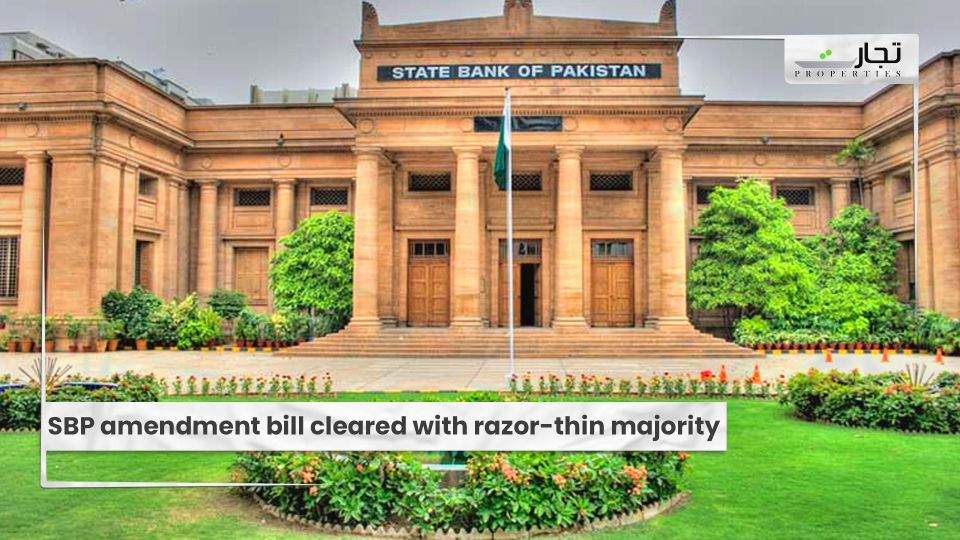 Islamabad: According to the latest report, the Senate cleared the contentious State Bank of Pakistan (SBP) amendment bill with a razor-thin majority of one vote on Friday, which Information Minister Fawad Chaudhry credited to the Pakistan Peoples Party’s assistance.

Syed Yousaf Raza Gillani, the Senate’s Opposition Leader and former Prime Minister chose to attend a friend’s funeral over the Senate’s most significant session, which gave the central bank unlimited authority. Certain members of the Pml, the Joint United Front of Pakistan, and the Pashtoonkhwa Milli Awami Party did not attend the meeting, and the single candidate of the Awami National Party did not vote in the final vote, allowing the government to approve the law with a 43-42 majority.

The government suggested 54 revisions to the SBP Act of 1956 to the International Monetary Fund’s requirement. After the Senate approved the bill, Pakistan has completed the final criteria for hosting the IMF executive board meeting to restart the delayed $6 billion bailout package.

On Wednesday, the IMF executive board will meet to approve the $1 billion loan tranche and a separate assessment on the economy’s health. Additional IMF demands have already been satisfied, including adopting an Rs360 billion mini-budget and increases in power costs and rate of interest.

After President Arif Alvi signed the SBP bill into law, it would become the nation’s law.

According to our news sources, the administration has also tasked Senate Chairman Sadiq Sanjrani with ensuring that the law is approved successfully. Sanjrani voted in favor of the government to propose the SBP bill in the Senate, which was tied 43-43. He also postponed the meeting until all of the Treasury members arrived.