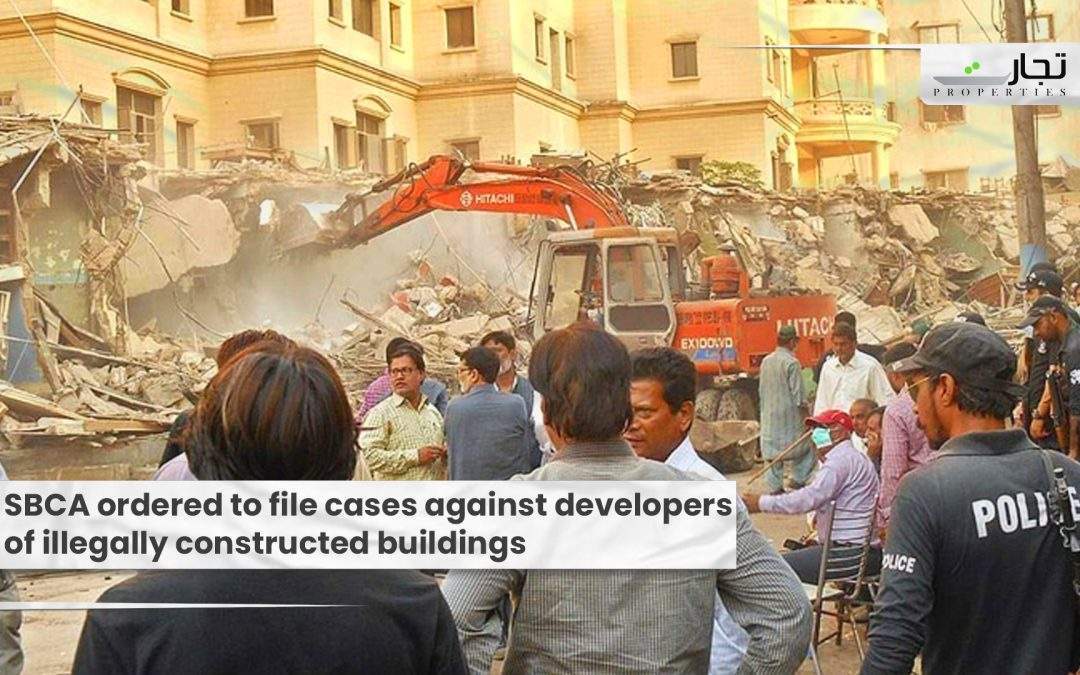 Karachi: According to news reports, the Sindh High Court (SHC) asked the Sindh Building Control Authority (SBCA) to file lawsuits against architects and builders of illegally constructed buildings in the city on Tuesday (December 14).

According to the details, the SHC has also ordered the SBCA to file criminal charges against the owners or developers of such structures, demolish illegal structures, and take action against the involved licenced inspecting engineers, architects, and other officials for allowing such structures to be built.

According to reports, the court also requested the SBCA’s 2019 construction approval record. The authority’s deputy director submitted a compliance complaint regarding the illegal constructions in Nazimabad, claiming that the four-story structure was being built illegally in violation of the approval issued for ground-plus-one-floor structures.

He went on to claim that the building’s fourth level had been demolished, and that utility companies had been requested to disconnect the connections. The builder was also charged with criminal offences.

After reviewing the compliance report and documentation, the two-judge panel concluded that permission to raise the structure had been issued to Syed Mehboob Hashmi in 2019, who had died in 1989. The deputy director was instructed by the court to present a case file detailing the approval and progress of the measures taken against the violation.