Sahiwal to be connected with Lahore-Multan motorway 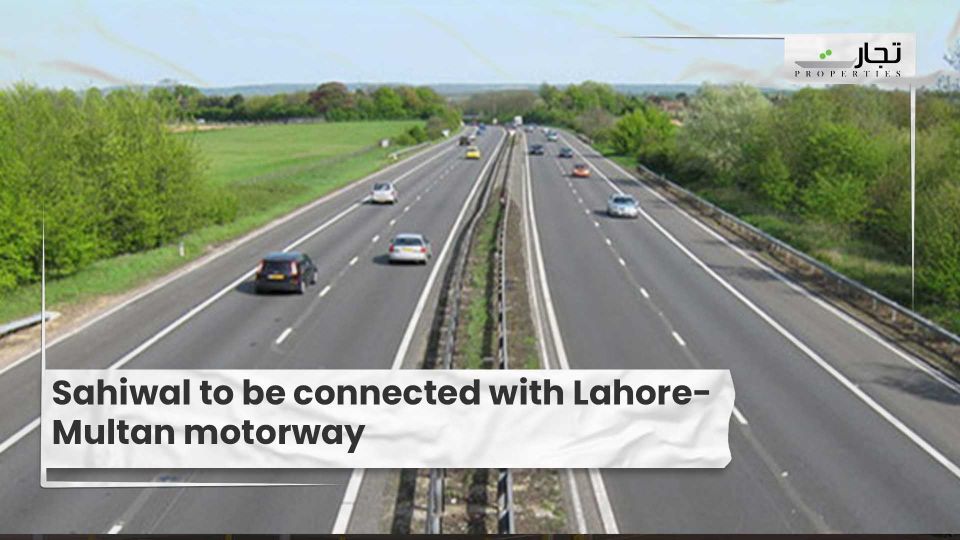 Sahiwal: In a piece, of recent news, The Punjab government has sanctioned two road projects in Sahiwal totalling Rs.12 billion. At the Lahore-Multan Motorway, a new expressway will be constructed for Rs. 9 billion to link Sahiwal and Sumandari. The second extension, worth Rs. 3 billion, would rehabilitate the Sahiwal-Lahore GT Road portion.

On Thursday, Governor Chaudhry Sarwar inaugurated a road carpeting program at the Sahiwal bypass. Both programs are expected to be completed by the National Highway Authority, according to reports (NHA).

For years, the public had been clamouring for Sahiwal to be connected to the newly built Lahore-Multan Motorway via Sumandari. The demand was made to the former administration, but it was ignored.

After assuming power, Chief Minister Usman Buzdar declared that no new expressways would be completed, but that the Sahiwal-Faisalabad Road would be rebuilt and linked to the Lahore-Multan Motorway through Samundari via the River Ravi Qutab Shahana Bridge.

This Rs. 9 billion projects was revealed by the chief minister during his recent visit to Sahiwal. This whole project has now been scrapped, and instead, the governor has proposed a new express highway that will link Sahiwal to the Lahore-Multan Motorway via Samundari.