Rs1 billion worth of land reclaimed from illegal occupants 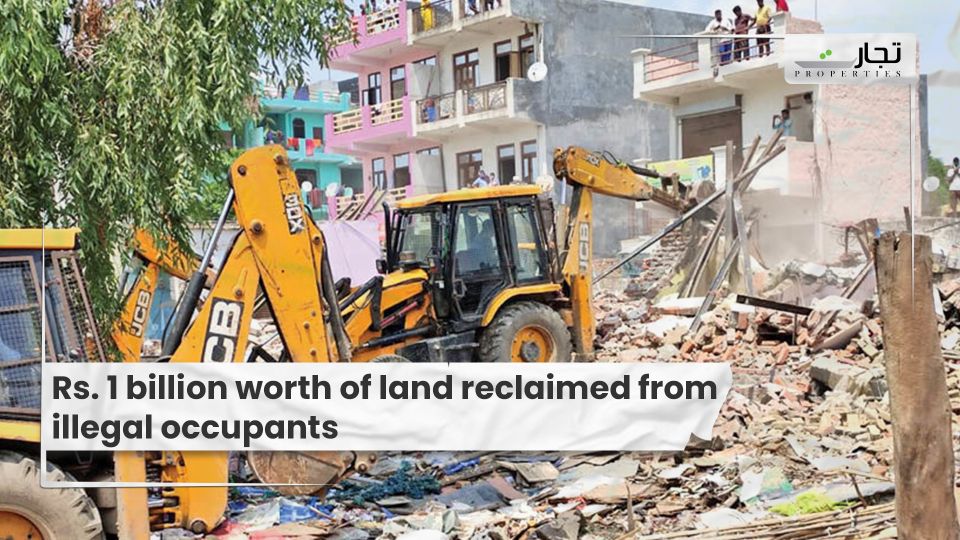 LAKKI MARWAT: During an anti-encroachment operation in Bannu city on Thursday, the district administration recovered valuable commercial land worth more than Rs1.28 billion from land grabbers.

According to an official, the administration had received complaints about people illegally using state land for commercial purposes near the cattle market.

Read more: On the grounds of the district court, illegal buildings demolished

He said, “The land grabbers had established shops and business outlets on state land.” He went on to say that the municipal administration’s anti-encroachment squad had demolished illegally constructed buildings.

According to the official, those who attempted to obstruct the operation were charged. “The recovered land has a market value of more than Rs1.28 billion,” he said.