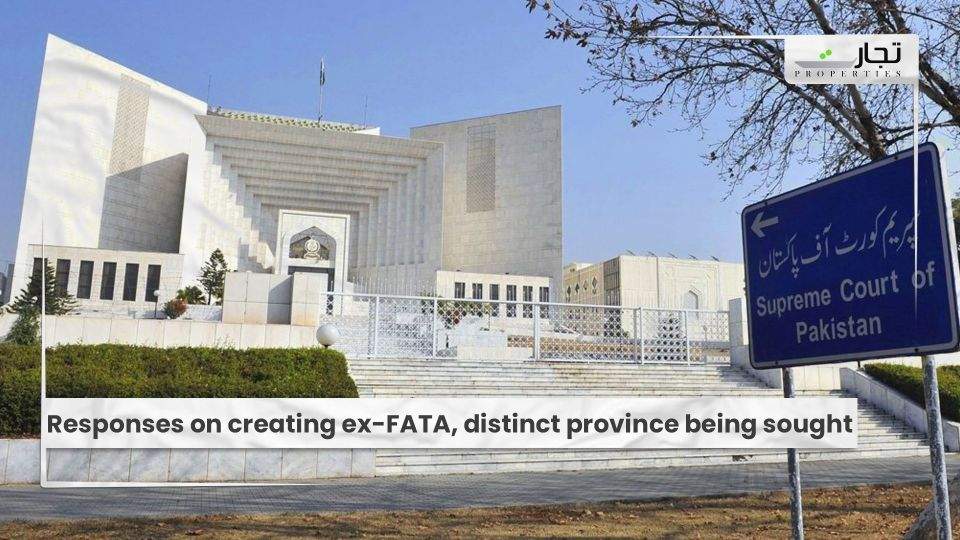 Islamabad: The Supreme Court has requested responses from the federal government and Khyber-Pakhtunkhwa in response to petitions seeking to turn the former Federally Administered Tribal Areas (Fata) into a distinct province.

After President Mamnoon Hussain signed the 25th Amendment on May 31, 2018, Fata and K-P were legally united.

The lawsuit against the 25th Amendment was heard by a three-member bench led by Justice Umar Ata Bandial, including Justices Mansoor Ali Shah and Qazi Muhammad Amin.

According to Justice Bandial, the petitioners believed that instead of being united with K-P, Fata should be kept as a distinct province.

If Fata had been a component of the federation, Justice Bandial held, parliament could change it since the Supreme Court’s powers to evaluate constitutional modifications were restricted.

According to Justice Mansoor Ali Shah, the petitioners claimed that the status of federal entities could not be amended. “The federal entities were maintained separately by the framers of the Constitution to protect their distinct cultures and status.”

Justice Qazi Muhammad Amin questioned whether the Supreme Court had the authority to request the creation of a new province from the federation.

According to Wasim Sajjad, attorney for the petitioners, it is required by the Constitution to hear the jirga’s view before rendering Fata rulings.

“The people of FATA were not asked at the time of the merger. Four hundred people sat in parliament, and thousands of people decided on the 25th Amendment.”

According to Justice Bandial, 400 persons are members of parliament, including Fata members. “Pakistan’s constitution is built on democracy.”

According to Justice Mansoor, will the people’s agreement be necessary if parliament accepts the formation of two provinces in Punjab?

“It remains to be seen whether essential parts of the Constitution cannot be altered,” lawyer Khawaja Harris stated.

He stated, “If Fata is not a federal unit, then what is its federal structure? Fata was not part of any province, nor was it represented in the provincial parliament.

“There are procedures for creating two or more administrative units in a province. It is also possible to make more than one part of Fata.”

Justice Bandial said that there are important legal issues before the court. “We are thinking of forming a larger bench to see if this case is admissible or not.”