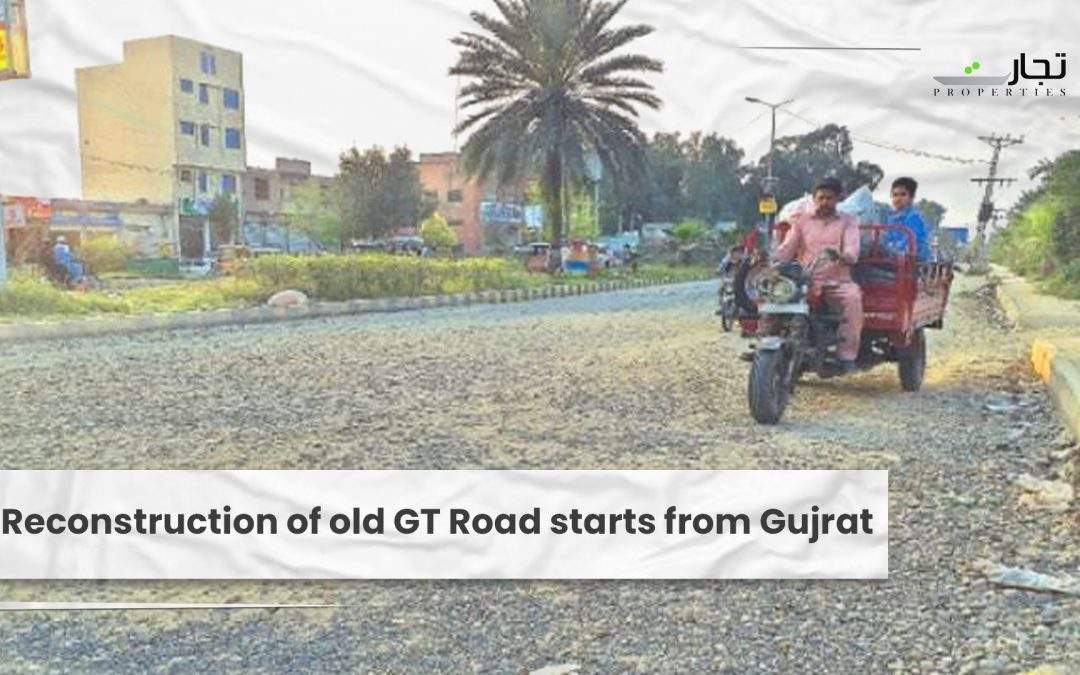 Gujrat: The contractor has begun utilising heavy gear to restore the crumbling old GT Road near Kathala railway crossing, where the road was in the poorest condition. Locals, particularly businesspeople, have long demanded the restoration of the road that runs through Gujrat city, as hundreds of industrial units are located along the main thoroughfare.

Furthermore, Gujrat city has been developing towards the Kathala railway crossing at the Chenab River bridge, necessitating road reconstruction.

The road would be built from Kathala Chenab to Rehmania bridge and through the Bhimbher storm water channel, according to Deputy Commissioner Mehtab Waseem Azhar, because these were the city’s principal entry and exit ports.

He went on to say that the project would assist improve the city entrance by creating greenbelts and installing lighting along the route. On the proposal of Federal Minister for Water Resources Moonis Elahi, the Punjab government approved the road’s rehabilitation. The project will cost Rs. 1 billion to complete.

A sum of Rs. 250 million had initially been allocated for the project in Punjab’s annual development budget. As per the authorities concerned, the project might take at least one year to complete if the required funds were released timely.