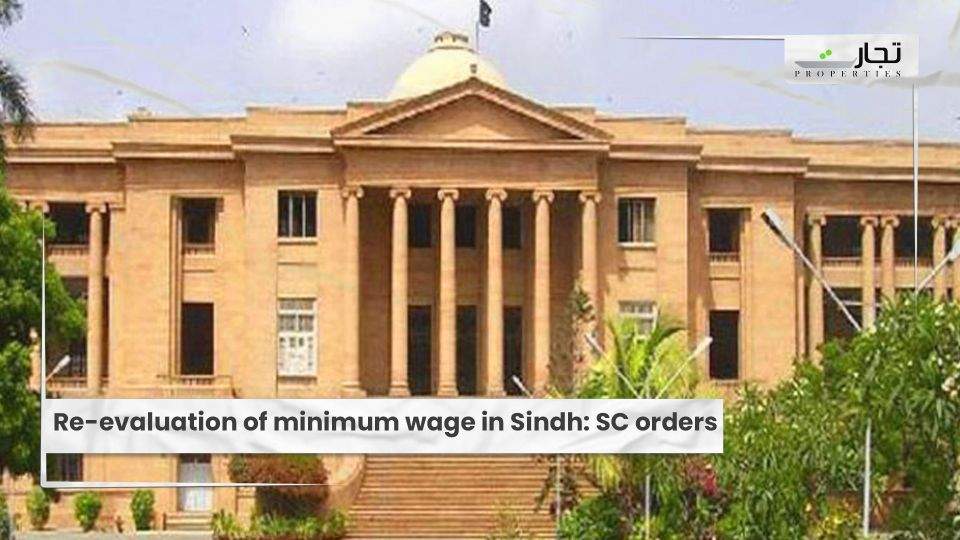 Islamabad: According to our news resources, on Wednesday, the Supreme Court ordered the minimum wage of Rs19,000 proposed by the Sindh Wage Board, directing the Sindh government and the board to fix the new wages with mutual consultation.

The appeals against Sindh’s subsistence wages of Rs25,000 were heard by a three-member bench headed by Justice Umar Ata Bandial. Justice Mansoor Ali Shah questioned the federation’s minimum salary during the hearing.

What authority did the government have to set the minimum wage, according to Justice Bandial? According to the extra attorney general of Sindh, the Sindh Wage Board suggested a minimum wage in the province.

According to the legislation, if the province government objected to the board’s recommendations, it was required to return the issue within 30 days, according to Zuberi, who added that the Sindh government chose on its own. Justice Shah questioned to the cabinet that matter would take time to declare the agreement

among Sindh Government and the wage Board. He further stated that while the national minimum salary was set at 20,000 rupees, the Sindh Wage Board proposed Rs19,000.

When the dispute was to be handled by the Sindh Wage Board, Justice Bandial stated that the court did not want to drag it out any longer. In a further judgment, the court stated that all industrial and commercial employees in Sindh shall be given a minimum payment of $19,000 and that the case should be reviewed in two months.

The application of the inter-provincial organization was severed from the lawsuit by the court. The court decided that the application concerning the applicability of federal law to the local industry would be handled separately.