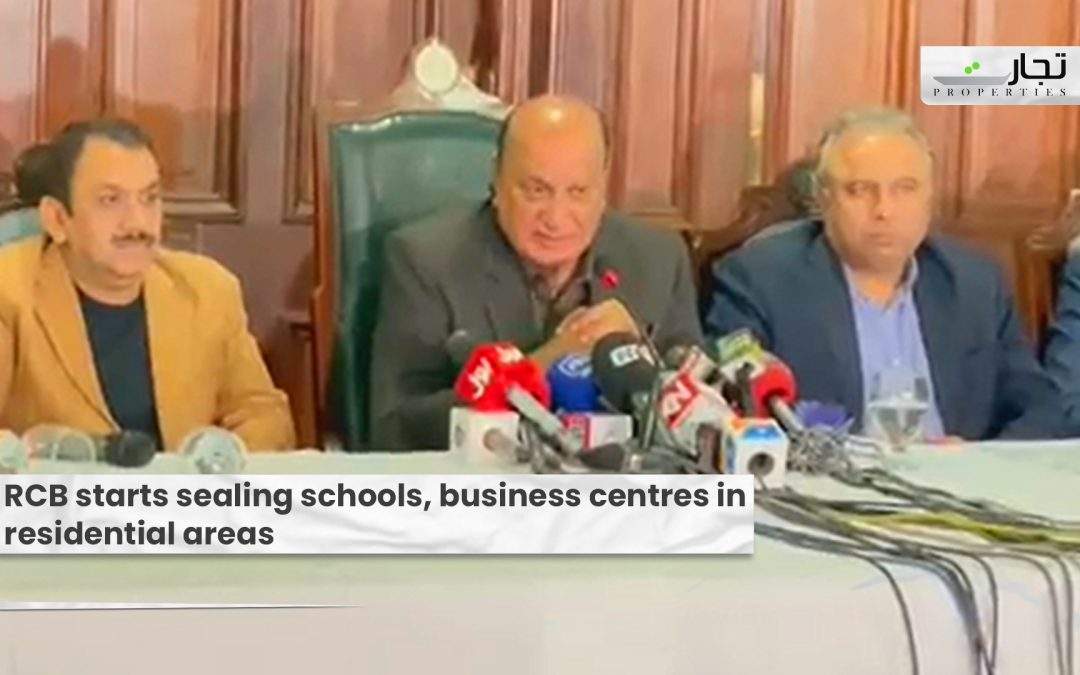 Rawalpindi: In a crackdown on private educational institutions and commercial establishments in residential areas, the Rawalpindi Cantonment Board (RCB) sealed 12 schools on Friday.

According to RCB spokesman Qaiser Mehmood, action has been taken against unauthorised private schools, colleges, stores, and other commercial properties in residential zones, in accordance with the Supreme Court’s judgement.

He added that in different locations of the cantonment, 12 schools and 27 shops were closed, and that a notice was provided before the campaign began, which was publicised in newspapers, banners, posters, and pamphlets.

On the other hand, Ilyas Kiani, the Punjab chapter president of the All-Pakistan Private Schools and Colleges Association, stated that closing private educational facilities before the deadline of December 31 was equal to inciting owners, teachers, and parents to take to the streets. The cantonment had previously issued letters to the owners, instructing them to remove the schools and institutions from residential zones by December 31.

He stated that the association has resolved to continue protesting the cantonment’s plan to close private educational institutions in residential areas. He noted that the decision will have an impact on four million kids and 400,000 instructors across the country.

The participants claimed that the cantonment administration was misinterpreting the Supreme Court’s judgement. They urged that the closed educational institutions be opened as soon as possible, or they would be compelled to take to the streets. They also urged Pakistan’s chief justice, chief of army staff, and prime minister to take quick action on the matter.