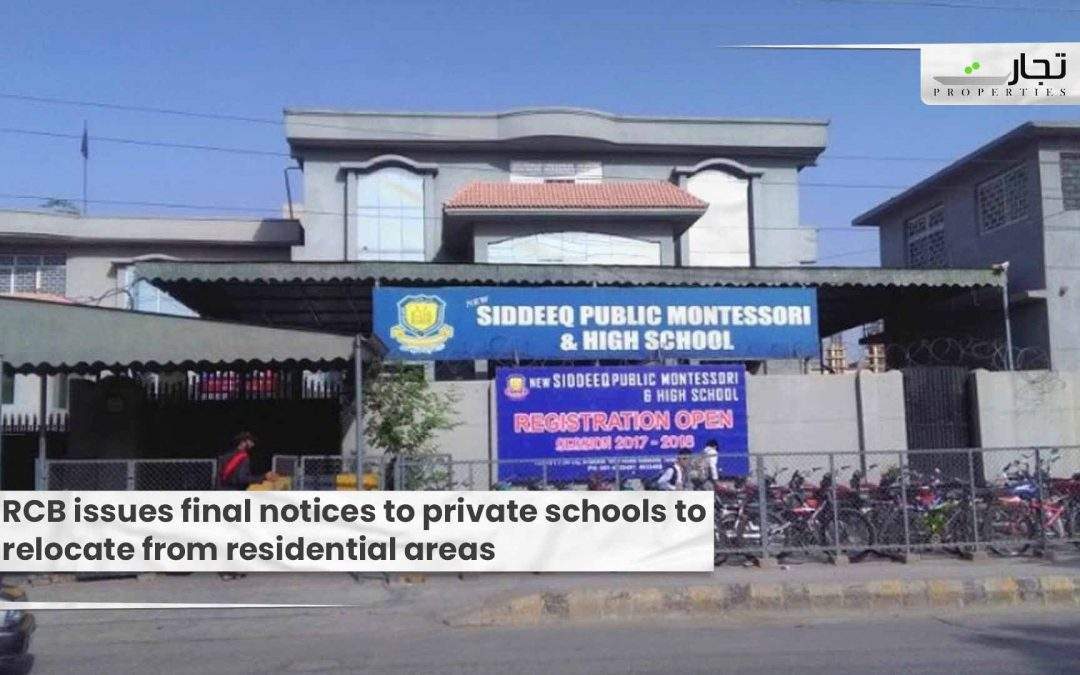 Rawalpindi: The Rawalpindi Cantonment Board (RCB) has given final notices to all private schools and institutions in residential zones, requiring them to relocate by the end of 2021.

According to an RCB official, the relocation was made in accordance with a Supreme Court judgement that required all private schools and colleges to relocate their operations out of residential zones.

He stated that a final notice had been sent to move out of Cantt areas by the end of December, failing which, strict legal action would be taken against offenders and their buildings would be sealed without discriminating.

The proprietors of all private schools and colleges have been informed that if they do not comply with the decree, they would face severe consequences, he continued. He added that the RCB had also placed banners in prominent locations throughout the Cantt zones to alert the public, parents, educational institution principals, and property owners to move private schools and colleges out of residential areas before the deadline.

Read More: No school to be set up on highways, main roads in Punjab

He said that the institutions had been given repeated notifications to move their buildings out of the cantonment regions by the end of December 2021 in order to save the students’ academic year.

He stated that final letters had been sent out, and that no further notices will be sent to any owners, and that the court ruling would be followed to the letter. In 2018, the cantonment board ruled private schools and colleges in Cantt’s residential districts illegal, and all establishments were given orders to relocate their structures to commercial zones.