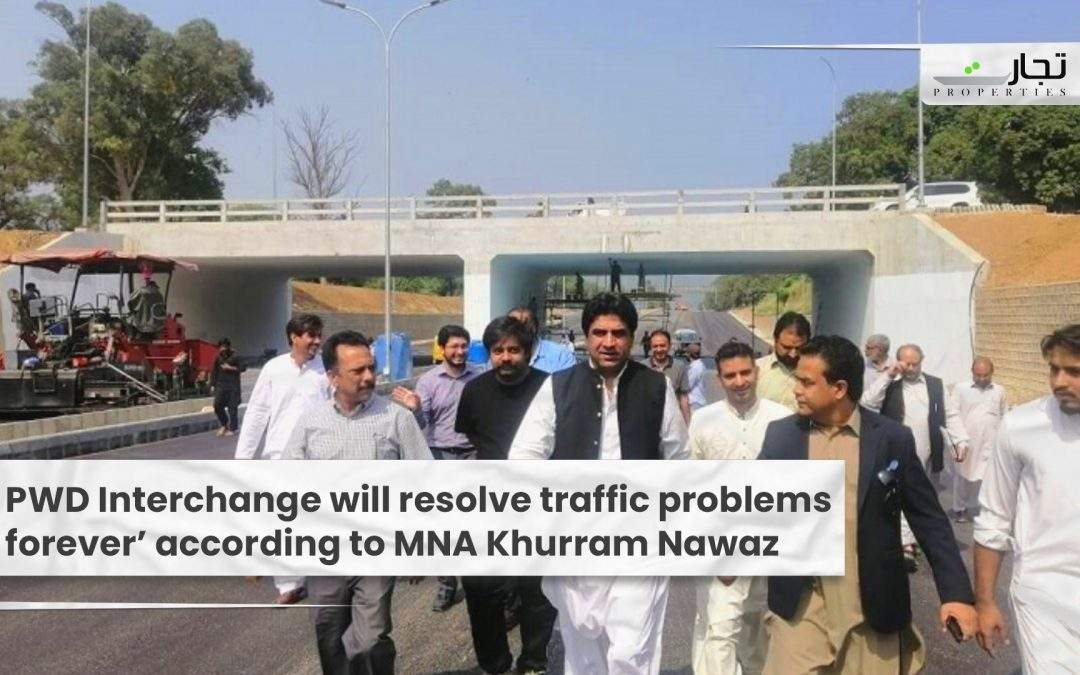 Islamabad: According to a news release, Chairman of the National Assembly Standing Committee on Interior and MNA Raja Khurram Nawaz has stated that the PWD Interchange will address traffic problems permanently.

In three years, Constituency NA-52 has seen remarkable progress, and in the following two years, it will transform Islamabad into a model metropolis.

Read More: PWD Underpass to open for motorists from October 21

In three years, Raja Khurram Nawaz has captured the hearts of the people by performing historic work in NA-52. Becoming a PWD Interchange will permanently solve the citizens of Pakistan Town, Bahria Town, Media Town, CBR, and the surrounding areas’ worst traffic problems. Raja Khurram Nawaz has worked without discrimination in NA-52.

According to Chaudhry Muhammad Ali, certain neighbourhoods of Islamabad were neglected in the past, resulting in no development being done. In the case of Raja Khurram Nawaz, an MNA has been discovered who is well-versed in the area’s challenges and has established the groundwork for development throughout the constituency.

Read More: Islamabad Expressway and PWD Underpass to be Finalized by June

This historic meeting will be attended by people from all around Islamabad and its environs, including Union Councillor Lohi Bhair, who will congratulate MNA Raja Khurram Nawaz for establishing the PWD Interchange.