Punjab’s new universities and hospitals to be solar-powered 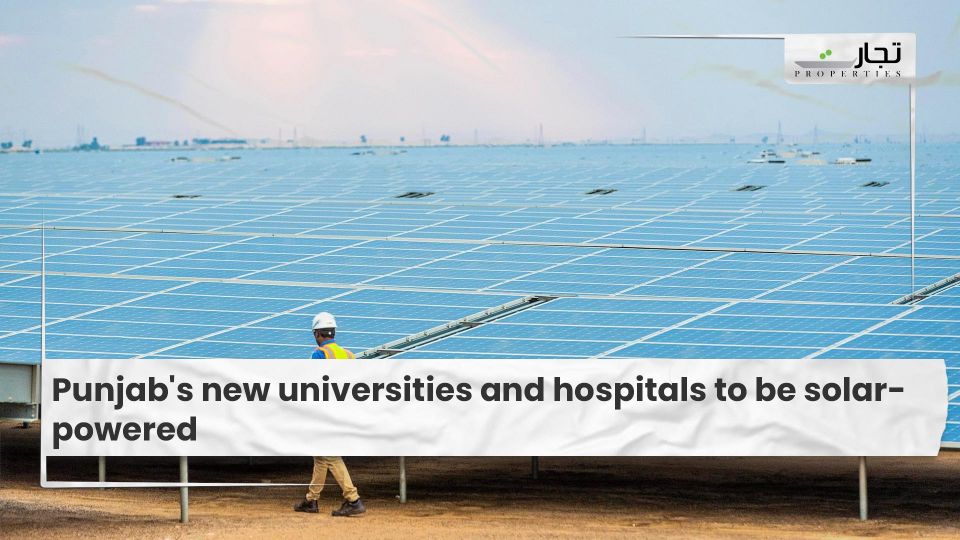 Lahore: According to a news outlet, the Punjab government has approved switching all new universities, schools, and hospitals to solar power to save electricity. Sardar Usman Buzdar, the Punjab Chief Minister, gave his approval. According to the data, switching these institutes to solar energy would save 45 percent of their energy.

These development schemes include the PKR 8 billion construction of a DHQ hospital in Hafizabad and the PKR 250 million, PKR 190 million, PKR 370 million, and PKR 400 million upgrades of THQ hospitals in Khusab, Kharian, Minchinabad, and Jaranwala, respectively.