Punjab to shift 60% power consumption to solar energy by 2030 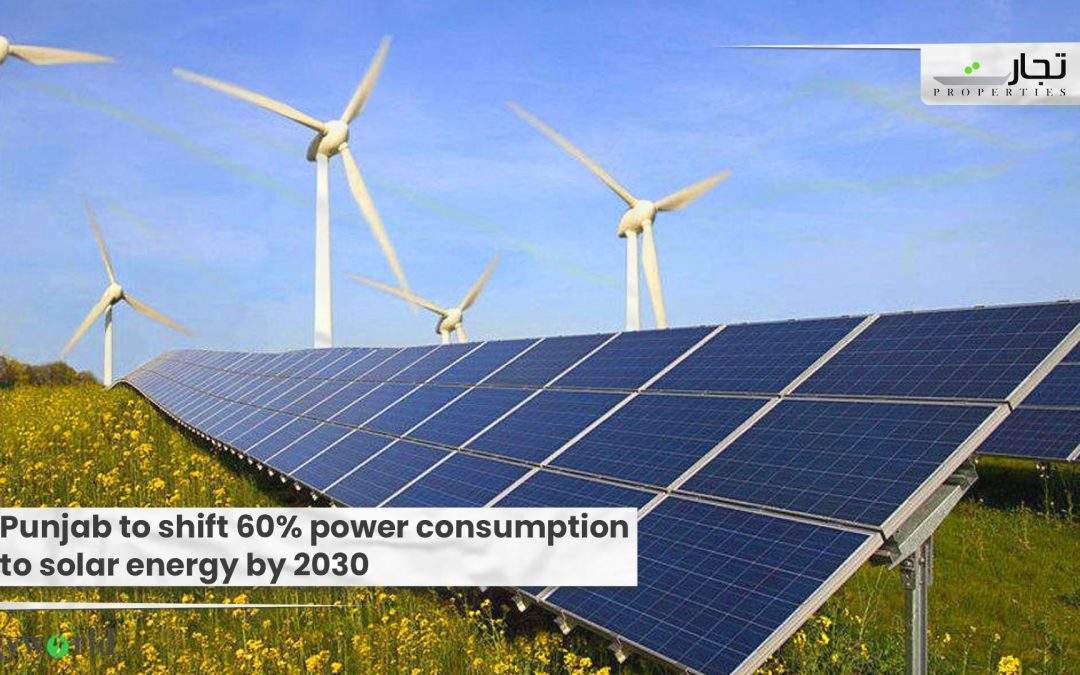 Lahore: According to media sources, Punjab Minister for Local Government and Community Development Mian Mahmood-ur-Rasheed announced on Tuesday (December 8) that the Punjab government wants to transfer 60 percent of power use to solar energy by 2030.

During a solar power day seminar, the minister noted that the Punjab government has begun to convert educational institutions, universities, and industrial units to solar energy. Locals who were converting mosques to solar energy were praised by him. Minister Rasheed went on to say that the government has put in place a cost-effective solar power policy to encourage consumers to switch to renewable energy.

Furthermore, Punjab Public Private Partnership Chief Executive Amjad Ali Awan claimed that now is the best moment to invest in solar energy because the capital cost has dropped by 80% since its introduction in Pakistan.

Read More: Public schools in Punjab to be shifted on solar power

Keeping in line with the recent commitment to achieving the target of green Pakistan at COP26, Punjab Environmental Protection Agency (EPA) Director-General (DG) Ambreen Sajjad stated that the government has launched two projects under Punjab Ujala Program to reduce carbon footprint and control pollution. Under this initiative, 2,327 Basic Health Units (BHUs) and 4,200 schools were shifted to solar energy.