Protest held against Encroachments on Saidu graveyard land in Swat 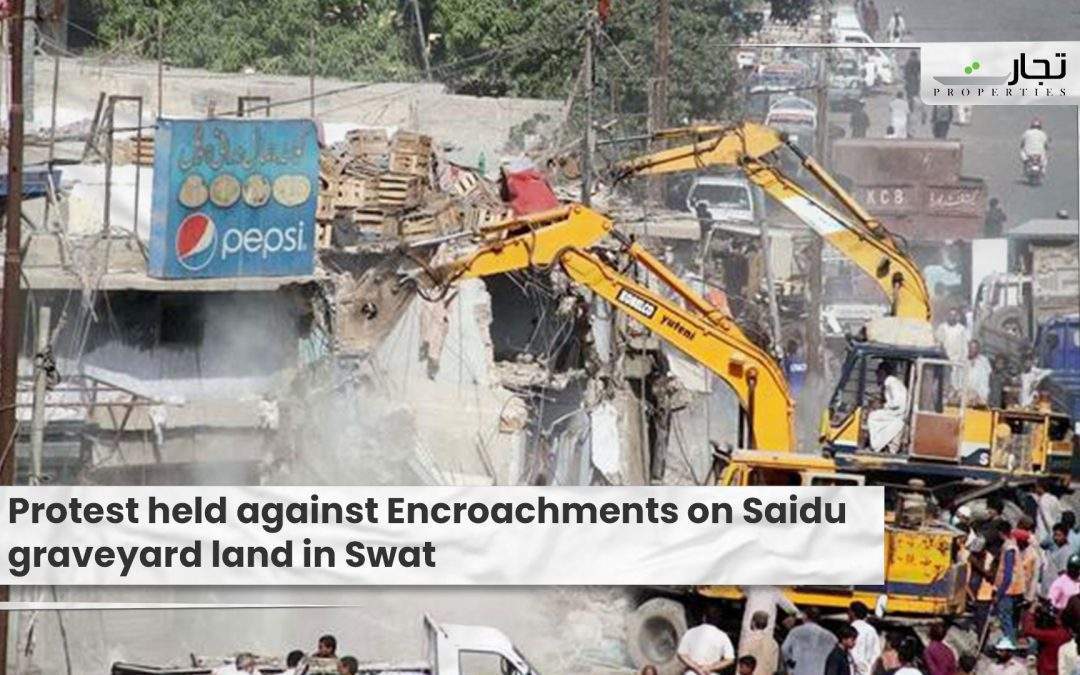 Swat: People from Saidu Sharif and Mingora gathered here to protest the encroachment of land mafia on Saidu Sharif’s main graveyard and the suspected illegal transfer of its land.

A significant number of local people gathered at Saidu Chowk to voice their protest against the illegal occupancy and encroachment of the land of the area’s principal cemetery by land mafia, led by Amir Ahmad, Shamsher Ali Advocate, Mohammad Ali, Habibul Haq Burhan, Faridoon, and Taj Malook.

Following the demonstration, they organised a meeting at which the elders of the community spoke. The 296 kanals Saidu Sharif graveyard, according to the elders, was the largest in the region, with deceased buried from all around lower Swat.

However, they claimed that over the past few years, a powerful land mafia has been occupying the cemetery land beneath the noses of the district authorities.

They said that the district tax agency had even transferred the land to powerful persons, and that they would now take concrete steps to reclaim it.

The elders claimed to have established the Saidu Sharif Central Council as a proper organisation for the graveyard (SCC). They claimed the mafia had such clout that they were selling occupied land to others for the construction of residential complexes.

They claimed that 12 dwellings had been built unlawfully on the graveyard’s property. According to them, the SCC had begun demolishing the illegally constructed buildings, with two of them having already been demolished.

The elders also passed resolutions that the mafia’s burial land be returned, the cemetery be demarcated, and a border wall built around it.