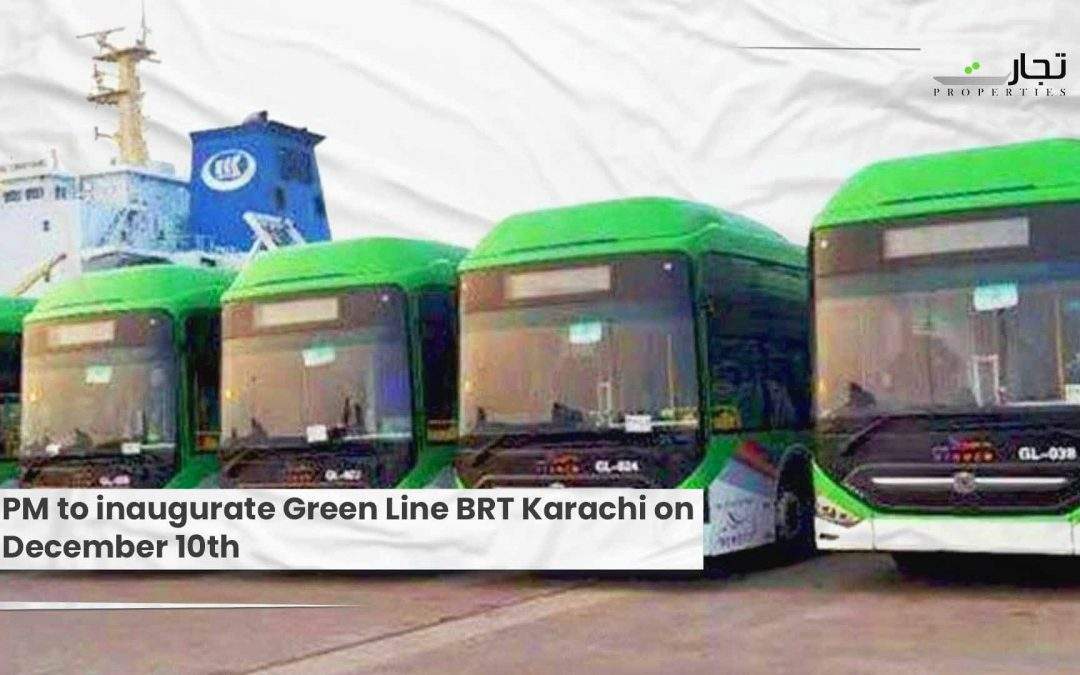 Karachi: According to press reports, Federal Minister for Planning and Development Asad Umar declared on Sunday (December 05) that the Green Line Bus Rapid Transit (BRT) will be launched on December 10 (Friday). During his visit to the provincial capital, Prime Minister Imran Khan is slated to inaugurate the facility.

The much-anticipated PKR 35 billion project is being launched, according to the minister, to alleviate Karachi’s traffic difficulties and develop a reliable transit system for Pakistan’s largest metropolis.

According to reports, the Sindh Infrastructure Development Company Ltd has completed a project that was approved by the Executive Committee of the National Economic Council (ECNEC) (SIDCL).

The BRT will start from KESC Powerhouse Chowrangi in Surjani Town and terminate at Merewether Tower after passing through Nagan Chowrangi, North Nazimabad, Nazimabad, and Gurumandir, with 21 stations along the route to serve 300,000 passengers daily, according to the authorised Project Concept-1 (PC-1). The bus route will be 23 kilometres long, with an elevated lane of 11 kilometres.

It’s worth noting that the project was originally scheduled to begin in 2016, but was delayed for five years, resulting in a cost rise of PKR 16.85 billion to PKR 35 billion. Minister Umar had announced that the project’s commercial launch will take place on December 25th, following the official inauguration.