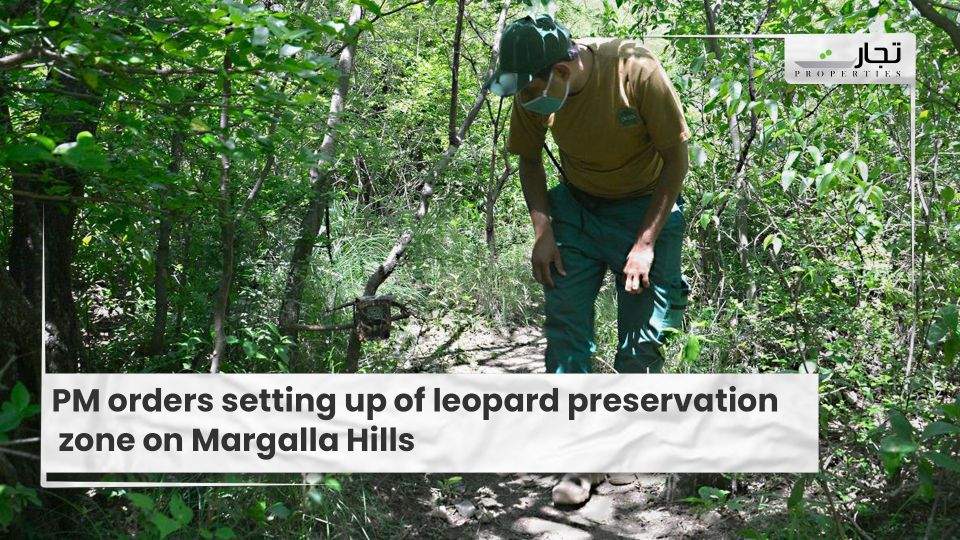 Islamabad: In light of the growing leopard population in the Margalla Hills range, Prime Minister Imran Khan decided on Wednesday that a preservation zone be established in the hills to protect the endangered animal’ natural habitat.

The Wildlife Information Centre in Marghazar Zoo was also approved by the Prime Minister. Prime Minister Imran Khan presided over a meeting of the committee on climate change that made the decisions.

Read More: To avoid encroachment, forest land of Margalla Hills must be demarcated

The leopard population in the Margalla Hills was rising, according to the Islamabad Wildlife Management Board (IWMB), and the species was frequently observed by hikers, particularly on trails 4 and 6.

The IWMB is erecting fences and gates surrounding trail 4, which will be closed after dark, with the help of the Capital Development Authority (CDA). Trail 4 was opened in January to alleviate overcrowding on other routes and to keep an eye on unlawful wood harvesting.

He oversaw the creation of a think tank to coordinate efforts among multiple ministries and propose novel climate change mitigation strategies. He also stated that Pakistan had earned its credibility as a “Green Champion” as a result of the Khyber Pakhtunkhwa government’s signature “Ten Billion Tree programme.”

Mr Khan stated that the international community recognises Pakistan’s realistic and tangible actions to reduce climate change consequences, and he asked the Ministry of Climate Change to review targets and develop new goals in order to expedite the steps required to conserve the natural environment.