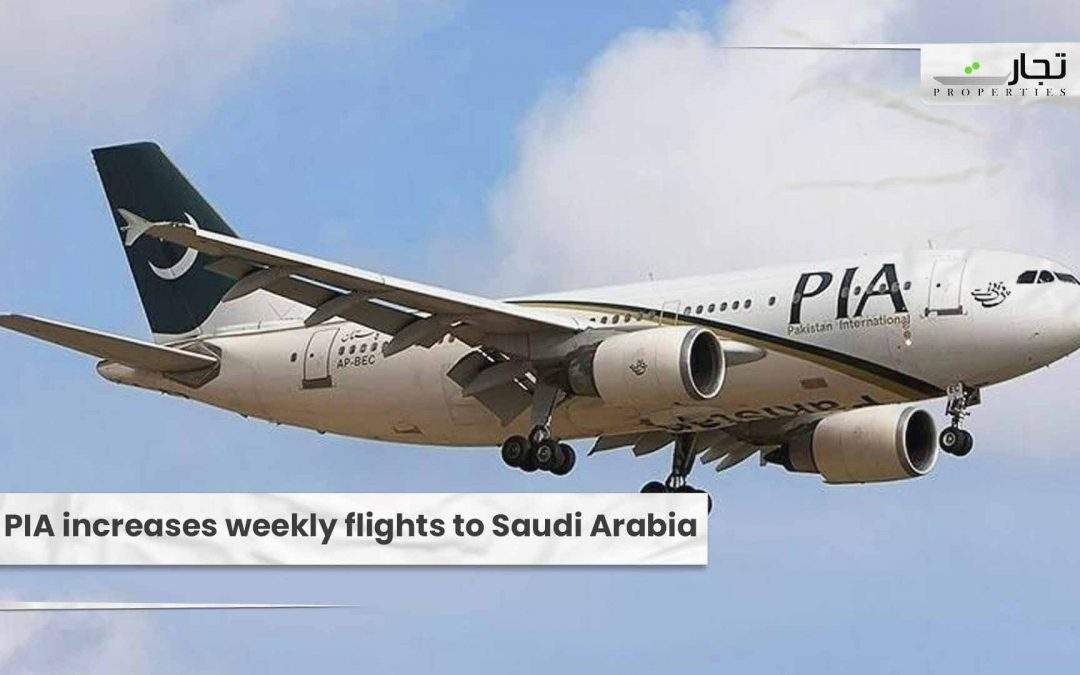 Islamabad: Pakistan International Airlines (PIA) has boosted its weekly flights to Saudi Arabia from 33 to 48 after obtaining clearance from the Saudi Arabian General Authority for Civil Aviation (Gaca). With the help of Ambassador to Saudi Arabia Bilal Akbar, a spokeswoman for PIA claimed the national flag carrier had gained authorization to run extra flights.

The official stated that eight flights will proceed to Dammam, eight to Madina, nine to Riyadh, and 23 to Jeddah, and that the extra flights are being operated to compensate and enable movement of people, especially workers, who were previously restricted due to Covid-19.

He stated that the airline planned to begin flights to Skardu after receiving the appropriate approvals from the PCAA and Dubai Civil Aviation.

The PCCA director general and his team had worked tirelessly to modernize Skardu Airport in a short period of time, according to the spokesman, who added that the introduction of international flights to Skardu would be a game changer for the country’s tourism promotion.