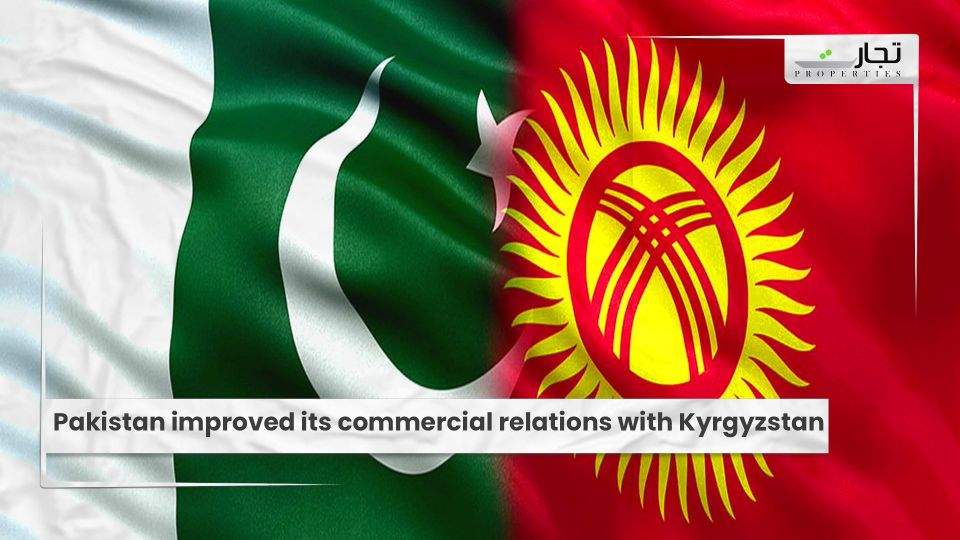 Islamabad: As per our sources, on Sunday, Sardar Azhar Tariq Khan, Pakistan’s ambassador to Kyrgyzstan, said that promoting bilateral trade and economic connection between the two nations could be a defining moment in regional and international economic cooperation and interconnectivity.

In a media interview on Sunday, the Ambassador of Pakistan to Kyrgyzstan said that Pakistan and Kyrgyzstan’s geostrategic position also highlights their geo-economic importance big part in promoting trade interconnection among different regions and potentially global markets.

According to the ambassador, Pakistan is currently a major participant in worldwide trade due to its geostrategic importance, bordering the Middle East and South Asian states and the global economic power China on the other.

The Pakistan envoy said that many high rising buildings for shopping malls, apartments and hotels are currently being constructed mostly by Turkish firms for which raw material is imported from other countries. He stated that Pakistani building materials could be exported too, though. According to information released by the host Foreign Office, the Kyrgyz Republic’s retail turnover with Pakistan in 2021 was $5.9 million, with Pakistani exports being $5.3 million and imports totaling $600,000.

They praised the quality and fragrance of the Pakistani mangoes, he said. He stated that the President of Pakistan, Dr. ArifAlvi, presented mangoes to the President and Prime Minister of the Kyrgyz Republic, Sooronbay Sharipovich Jeenbekov and Kubatbek Aiylchievich Boronov, respectively, through the Protocol Division of the Kyrgyz Republic’s Ministry of Foreign Affairs.

Admission of such a large number of students was adversely impacting Pakistan’s health care system and was also draining out the much-needed foreign exchange reserve, he said.