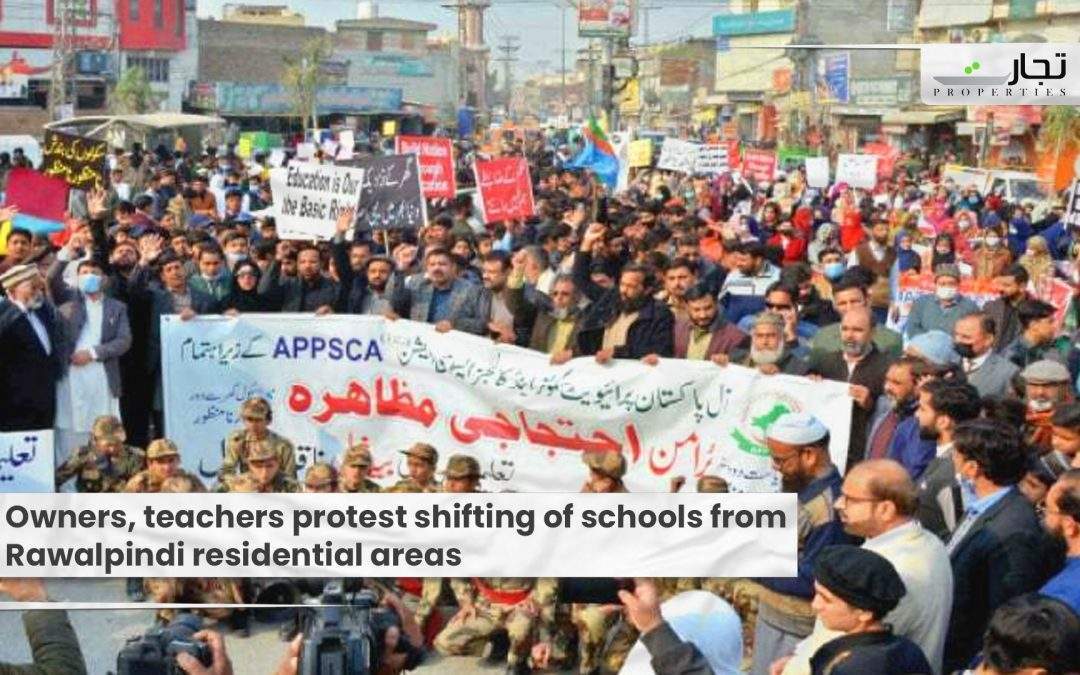 Rawalpindi: Teachers, parents, and employees from private schools in cantonment areas organised a protest against the cantonment boards’ decision to relocate educational institutions from residential areas on Thursday.

However, Qaiser Mehmood, a spokeswoman for the Rawalpindi Cantonment Board (RCB), said that no schools were closed, but that they had been given red notices to vacate residential areas by the end of December.

The District Education Authority, on the other hand, organised teams to collect information about private schools whose administrators invited pupils to participate in protests.

Parents, teachers, school workers, and kids demonstrated at Chur Chowk on Peshawar Road on Thursday. The protest was headed by Malik Ibrar Hussain, the president of the All-Pakistan Private Schools and Colleges Association, Ilyas Kiani, Rana Suhail, Malik Hafeezur Rehman, and others.

The protesters held placards and chanted slogans in support of their demands. The demonstrators said that closing private educational institutions would harm nearly four million students, thousands of professors, and school owners would lose billions of rupees.

They stated that the demonstration would take place every day in front of every school starting Friday until the judgement was overturned.