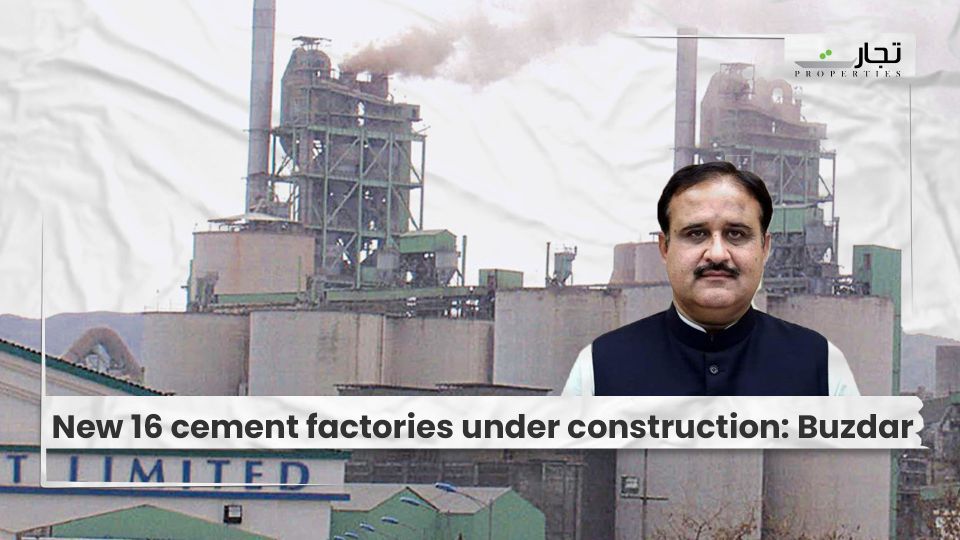 Lahore: As per the latest news, Punjab’s Chief Minister, Sardar Usman Buzdar, announced the opening of 16 new cement factories in the province, including three in DG Khan.

Sardar Usman Buzdar, speaking at a meeting with locals and party workers here on Sunday, said that the incumbent government is putting a special emphasis on the growth of South Punjab. He stated that work on a dam would begin in June of this year and that a new 132 KV grid station would be built at Koh-e-Suleman. According to him, the road under construction would reduce the distance between Chokiwala and Balochistan to 120 kilometers.

He announced that state-of-the-art livestock farms will be built in Tounsa, as well as the establishment of a cadet college.

He mentioned that development funds were distributed under the district development package in a fair and transparent manner. In deprived areas, he said, new roads, a dam, a hospital, and schools will be built.

All ongoing construction programs, according to CM Buzdar, will be completed on time to help the masses. He proclaimed himself to be a representative of Lahore’s poor.