More plastic roads to be built in capital and other cities 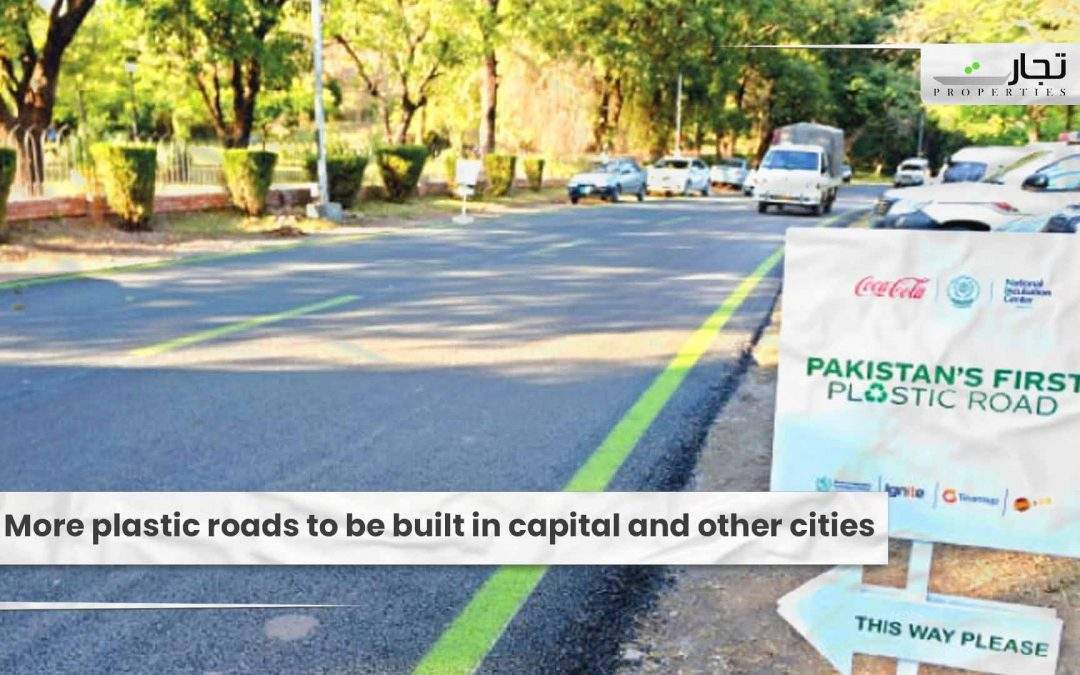 Islamabad: Because this concept is environmentally benign, plastic will be utilised to construct roadways in the federal capital and other places. Interior Minister Sheikh Rashid made the remarks on Monday while launching the world’s first plastic road project, which involved carpeting a 1km stretch of Ataturk Avenue with plastic mixed bitumen.

The minister praised Chairman Amer Ali Ahmed of the Capital Development Authority (CDA) and other collaborators for coming up with the concept. Students and environmentalists were among those who attended the inaugural ceremony. There was also a ceremonial stroll planned.

Coca-Cola, the National Incubation Centre, and the CDA collaborated on the initiative, which used 10 tonnes of plastic bottles. It should be mentioned that a number of countries throughout the world have previously built plastic highways.

The use of plastic to create roads is a global trend, according to the beverage industry, and these roads are more durable. The project’s goal is to conserve the environment, but if it’s scaled up to other roads in rural areas, metropolitan areas, and national highways, the good influence on development and the environment will be widespread, not just cosmetic.

Before carpeting the road, CDA Chairman Amer Ali Ahmed informed that the organisation and its partners completed a successful trial in F-9 Park.

He said Islamabad produced around 700 tonnes of waste daily including around 150 tonnes of plastic waste. “In the future, we will use plastic waste for the good purpose of using in roads. This step will not only help CDA reduce cost of the roads but above all it will help to reduce pollution,” he added.