Lufthansa keen on resuming operations in Pakistan after 13 years 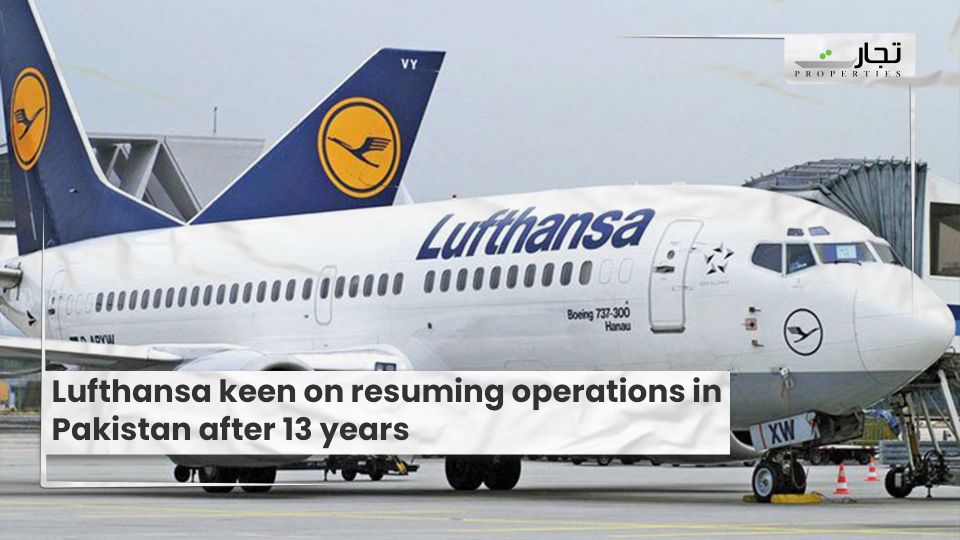 Islamabad: After a 13-year hiatus, Lufthansa is eager to resume passenger flights to Pakistan. During a meeting between Fareena Mazhar, the Secretary of the Board of Investment (BOI), and a high-level German business delegation, the business delegate representing Lufthansa stated that the airline was interested in restarting flying operations in Pakistan after a 13-year hiatus.

He stated that Lufthansa has previously suspended operations due to business considerations, but that the company is interested in resuming passenger and freight flights.

In response, the Secretary pledged to set up a meeting with the Minister of Aviation to guarantee that the plan is carried out. On September 8, the Secretary of State and German Ambassador H.E Bernhard Stephan Schlagheck met to examine the possibility of this development.

During the conference, the German business Weidmüller also announced the establishment of a production unit in Pakistan in the near future. The firm specializes in power, signal, and data transfer in industrial settings.

The delegation, led by AHK Dubai CEO Oliver Oehms, consisted of 16 people. Several German business titans were represented, including Lufthansa, AHK, SIG MEA, Weidmuller Middle, and Emltc Emerging Solutions, among others. All of these firms have a significant presence in most areas of the world, and they are visiting Pakistan to assess the business climate and investigate potential investment prospects.