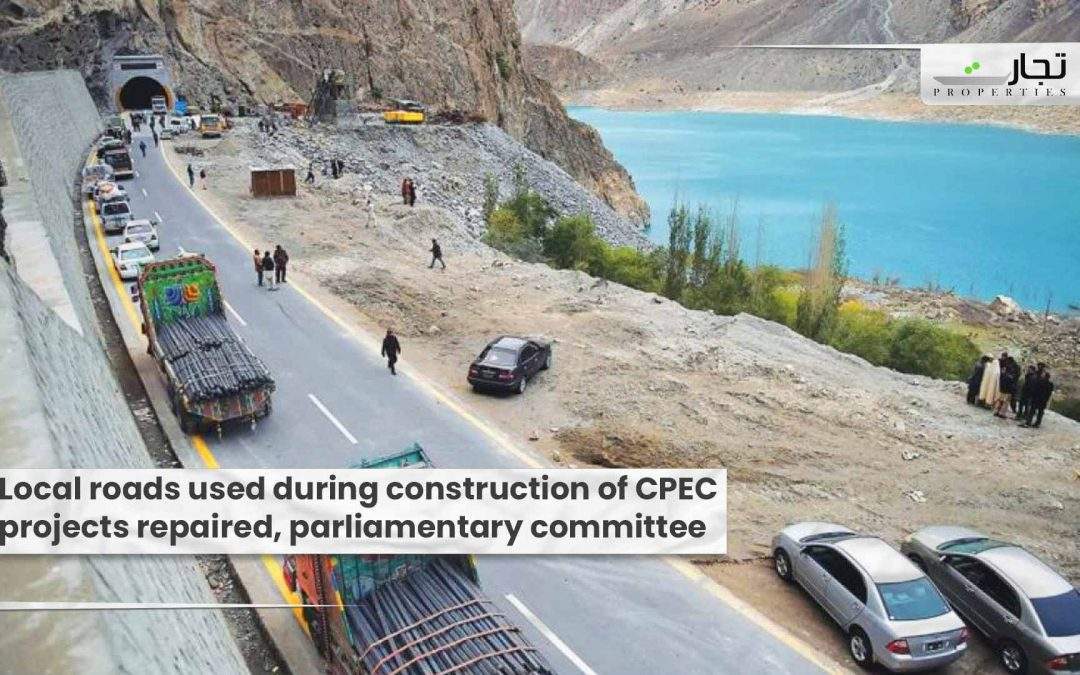 Abbottabad: According to a Pakistani parliamentary committee, all local roads utilised during the building of CPEC projects in and around Abbotabad city have been rehabilitated. Locals had made a request to the Senate Standing Committee on Communications, claiming that the local road had been utilised during the construction of the CPEC and needed to be repaired.

According to an official statement released on Wednesday, the meeting was informed that the damaged roadways had been restored. The committee directed that the complainants be summoned before the committee’s next meeting and that the matter be resolved.

Senator Prince Ahmed Omar Ahmadzai, the chairman of the Senate Standing Committee on Communications, presided over the meeting. The committee was informed that a part of the National Highway (N-35) crossing through Abbottabad city has been enlarged, and the repair plan has been thoroughly evaluated.

The committee also discussed the status of the remaining section of the local connection road, which runs from Forest Check Post Sehlad in Abbottabad to Dheri Makra. Senator Mohsin Aziz proposed a private member’s bill to alter the National Highways Safety Ordinance, 2000, which was discussed in depth at the conference.

Senator Mohsin Aziz’s amendments to the National Highways Safety Ordinance 2000 Amendment Bill have been adopted. For persons who are driving while under the influence of narcotics, new laws will be implemented. The National Highways and Motorways Police can impose a fine of up to Rs 25,000 or a month in prison, or both, under the new guidelines.

Senators Behrmand Khan Tangi and Dinesh Kumar were asked by the committee to hold a detailed consultative meeting on the bill in coordination with the Ministry of Communications.