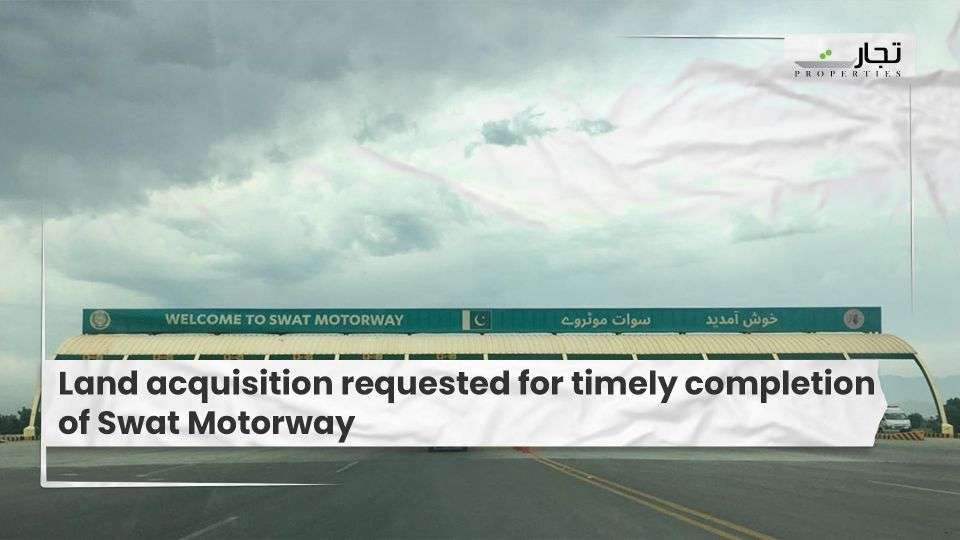 Peshawer: According to media reports, Khyber Pakhtunkhwa (KP) Chief Minister (CM) Mahmood Khan has requested that the land acquisition process for the Swat Motorway (M-16) Phase-II be finished within the next few months to assure the project’s early completion.

The CM ordered officials to finalize the mechanism for executing the 160 km Swat Motorway Phase-II project and to take steps to expedite approval of the funding method during a review meeting on the status of megadevelopment projects.

The meeting was attended by senior officials from the departments of urban development, planning and development, irrigation, finance, revenue, communications and works, and other relevant agencies.

During the discussion, Mr. Khan stated that the government’s major priority is to complete projects on schedule. He also indicated that in the upcoming Annual Development Programme (ADP), new megaprojects for the communication industry will be suggested.

He also asked relevant organizations to make urban development in tribal areas a top priority. One of the government’s key responsibilities, he said, is to support and address the difficulties of individuals living in amalgamated districts.

More specifically, the CM claimed that 22 megaprojects, including the 360-kilometer Peshawar-Dera Ismail Khan Motorway, land acquisition for the Dir Motorway, and other projects, are planned via public-private partnerships (PPP).

It was also mentioned that the province is working on a new program to establish new tourism sites.