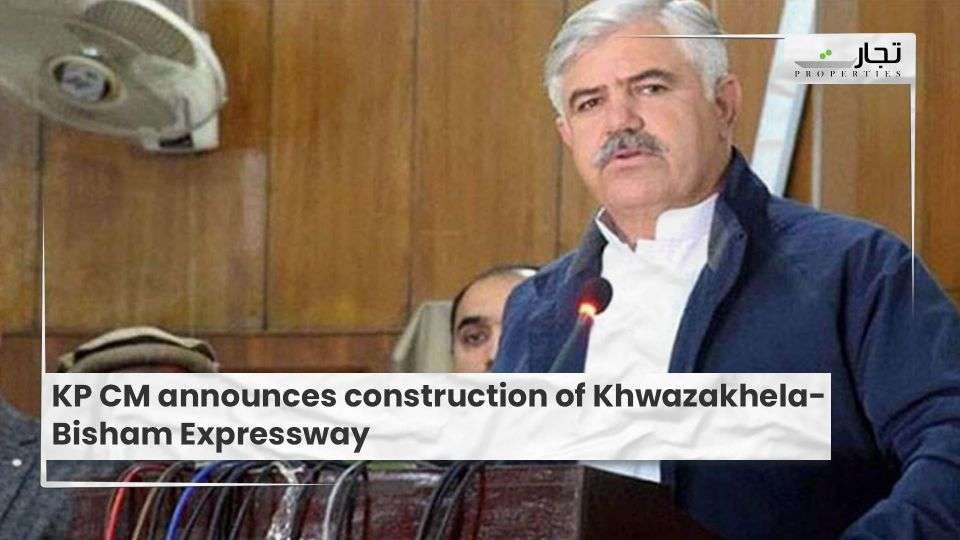 Bisham: According to media sources, Khyber Pakhtunkhwa (KP) Chief Minister Mahmood Khan launched the building of the Khwazakhela-Bisham Expressway during a visit to Shangla on Monday.

The present administration, according to CM Mahmood Khan, is trying to improve all parts of the province. He also stated that the District Headquarters Hospital in Shangla would be upgraded, that a university would be built, and that two-year colleges would be built.

The CM also announced the development of other highways, such as Manglor Shangla Top, Karora to Ajmira, and Karora to Chakisar. The CM also approved PKR 300 million for several uplift projects in the provincial assembly district PK-24, according to reports. CM Khan also proclaimed Kana’s status as a tehsil during his visit. He also directed the authorities to begin construction on the Puran grid station.

Speaking about development initiatives in Shangla, the chief minister said that in the previous three years, numerous development projects totaling Rs. 21 billion had been authorised. He went on to say that four projects for the construction of highways leading to tourism sites had been authorised. In the next years, the province will grow as an industrial and tourism centre, creating job possibilities, according to CM Khan.