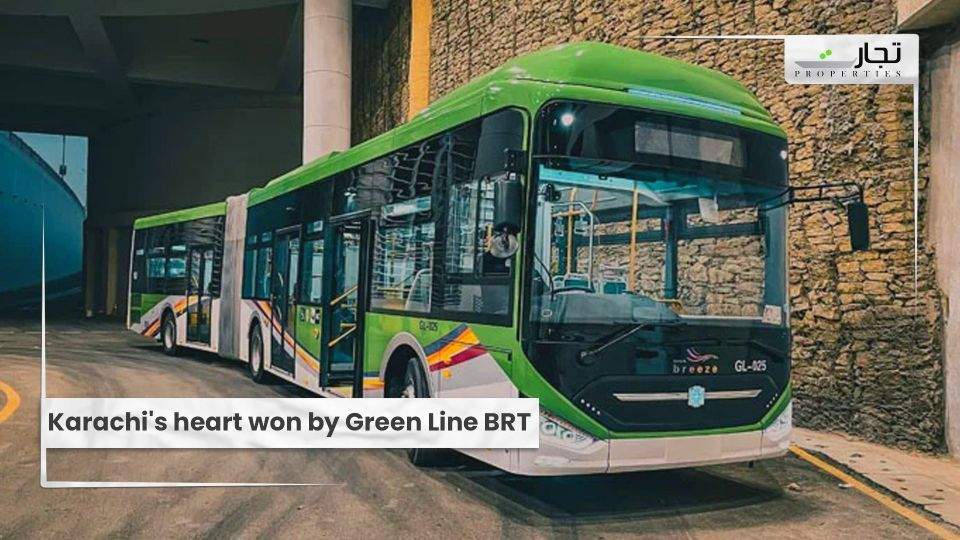 Karachi: According to the latest news source, Following its inauguration earlier this month, the Green Line BRT, the city’s first mass transport system, has been greeted by crowds of locals.

Due to the high volume of commuters, many eager people to ride the gleaming new bus service must wait in long lines on weekends and weekdays to get a ticket.

According to the passengers, the federal government should consider launching a shuttle bus service to Tower and improving its pricing structure. One traveler stated, “This will not only make the BRT service more successful, but it will also make it simpler for people to travel.”

On December 25th of last year, the federal government completed Phase I of the Green Line BRT in Karachi, making it operational from Surjani Town to Namaish Chowrangi. The bus used to operate from 8 a.m. to 12 p.m., but it was later expanded to 7 a.m. to 10 p.m., following which the service’s popularity skyrocketed.

According to Green Line Senior Manager Abdul Aziz, A single bus can carry a total of 240 people, with seats for 140 of them. When asked about the service’s popularity with the general public, he noted that customers began waiting up to board the bus as early as 8:00 a.m. but that the service gets the most traffic during business hours.

Long lines or a shortage of room on the bus haven’t deterred Green Line customers, who prefer the current bus service to older public buses. Muhammad Ahmed, a BRT rider, told The Express Tribune that he had traveled to Namaish Chowrangi from Tower on the Khan Coach, a typical public bus, but that he is now traveling to North Karachi on the Green Line. “The BRT system is more convenient, as well as cheaper and more pleasant, than ordinary buses. “It’s still more pleasant than sitting in a Khan Coach,” he commented, even if one had to stand the entire voyage.

Similarly, Muhammad Ali, another passenger who dumped his automobile to try out the new bus service, stated that the Green Line is a gift to the city that must be preserved and maintained if it continues running.

Some passengers were dissatisfied with the price difference between paper and card tickets when using the bus service. There is a minimum fee of Rs15 and a maximum fare of Rs55, with each station’s fare increasing by Rs five. It is acceptable; however, the bus company charges a flat rate of Rs55 for paper tickets, whereas those who purchased cards were allowed to purchase tickets based on the number of bus stops they visited.