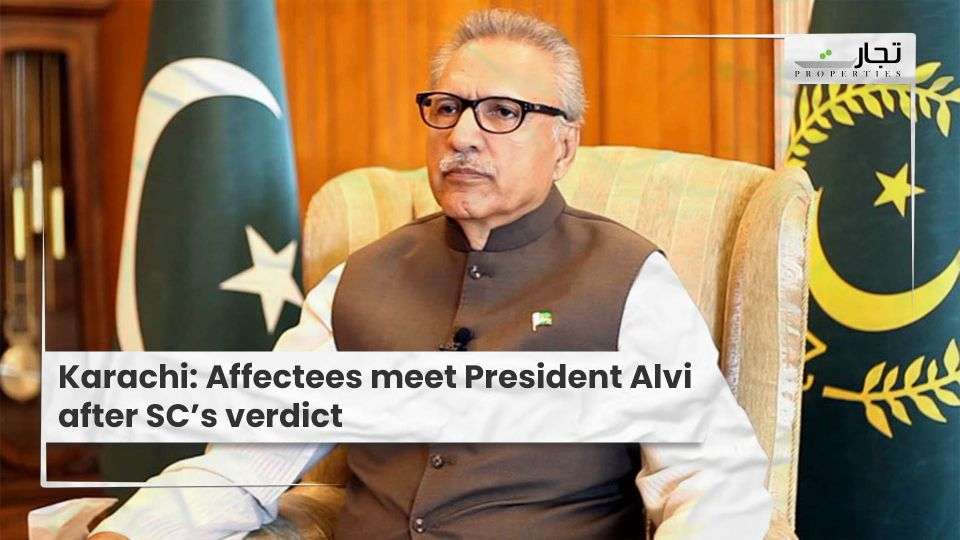 Karachi: According to media reports, concerned citizens of Karachi met with President Dr. Arif Alvi on Tuesday following the Supreme Court’s (SC) decision to destroy unlawful structures in the city.

During the meeting with the residents, the President stated that amenity plots had previously been used for commercial and residential uses with the assistance of the metropolitan corporation and departmental officials.

The court had also halted the construction of structures on amenity plots, as well as the illegal allotment of plots, according to the President. He also advised the contractors to use prudence when dealing with such problems.

Concerns were expressed to the president by residents of Nasla Tower, Aladin Park, and Gujjar Nullah, as well as members of the Association of Builders and Developers (ABAD) and representatives of South City Hospital. Dr. Alvi responded by promising that he would address the people’s concerns in numerous forums.

According to court orders, approximately 900 structures will be demolished, affecting 40 to 50 thousand individuals.