Iran and Pakistan are set to sign a free trade agreement, according to an envoy 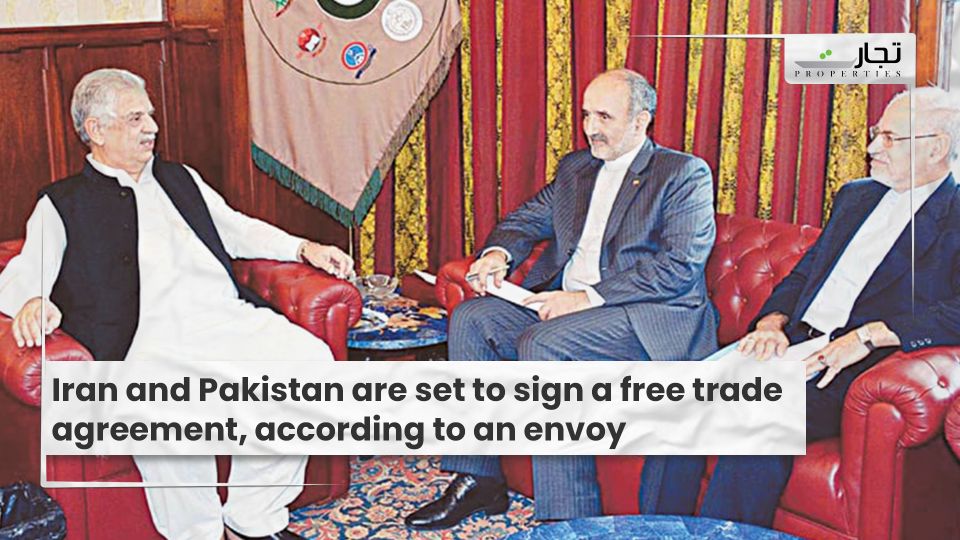 PESHAWAR: Hamid Reza Ghomi, the Iranian Consul General in Peshawar, said that talks to sign a free trade agreement between Iran and Pakistan have begun on Wednesday.

He told businesspeople at the Sarhad Chamber of Commerce and Industry that Iran wanted to improve regional economic ties by boosting bilateral trade and Pakistan’s economic relations.

According to the Iranian diplomat, despite the Covid-19 pandemic, the Iranian consulate aided Pakistani business people by issuing visas on time. He praised Pakistan’s ambassador to Iran for his efforts, saying he was instrumental in the trade between them.

He went on to say that the Iranian ambassador to Pakistan will soon visit Peshawar to speak with businesspeople and learn about their problems.

It was also decided that after Eidul Fitr, a webinar between SCCI and Mashhad Chamber of Commerce and Industry will be held to exchange views.

Mr Bilour said, “There is huge potential to boost further trade between Pakistan and Iran, which is currently valued at $359 million.” He urged Islamabad and Tehran to take serious steps to eliminate trade barriers between the two countries.

Iran should benefit from the China-Pakistan Economic Corridor projects, he said. He believes that youth will play a critical role in bolstering the two Islamic countries’ brotherly ties.