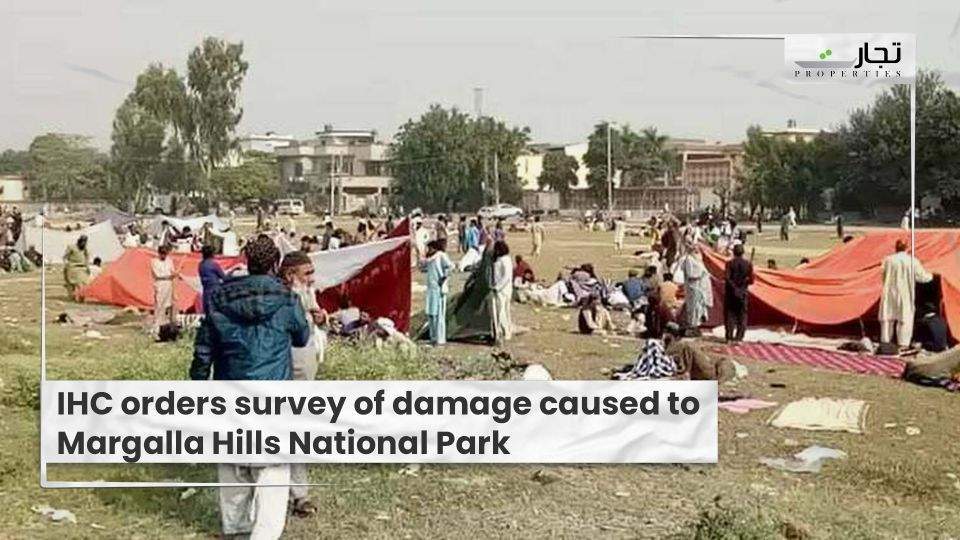 Islamabad: On Tuesday, the Islamabad High Court (IHC) held the federal government, the Capital Development Authority (CDA), and the Islamabad Wildlife Management Board (IWMB) responsible for the devastation of Margalla Hills National Park and the wildlife sanctuary.

A 10-page order written by Chief Justice Athar Minallah expressed concern that those who were obligated to safeguard and preserve the designated area of the national park appeared to be culpable for its destruction.

The order was issued during a hearing on a case filed by Prof Zahid Baig Mirza, who claimed that the Islamabad Master Plan had been violated (IMP). According to the order, the role of these three institutions in the designated national park region looked to be a textbook example of erosion of the rule of law and promotion of environmental deterioration.

The order remarked that the damage already done must be enormous and permanent, noting that the court had no qualms in recording its observation that administration in the Islamabad Capital Territory (ICT) during the last six decades looked to have favoured the affluent and elite.

As a result, the IHC directed Special Assistant to the Prime Minister on Climate Change Malik Amin Aslam, the Secretary of State for Climate Change, the Chairman of the CDA, and the Chairperson of the IWMB to jointly survey the notified areas of the national park and wildlife sanctuary and submit a joint report detailing the damage done.