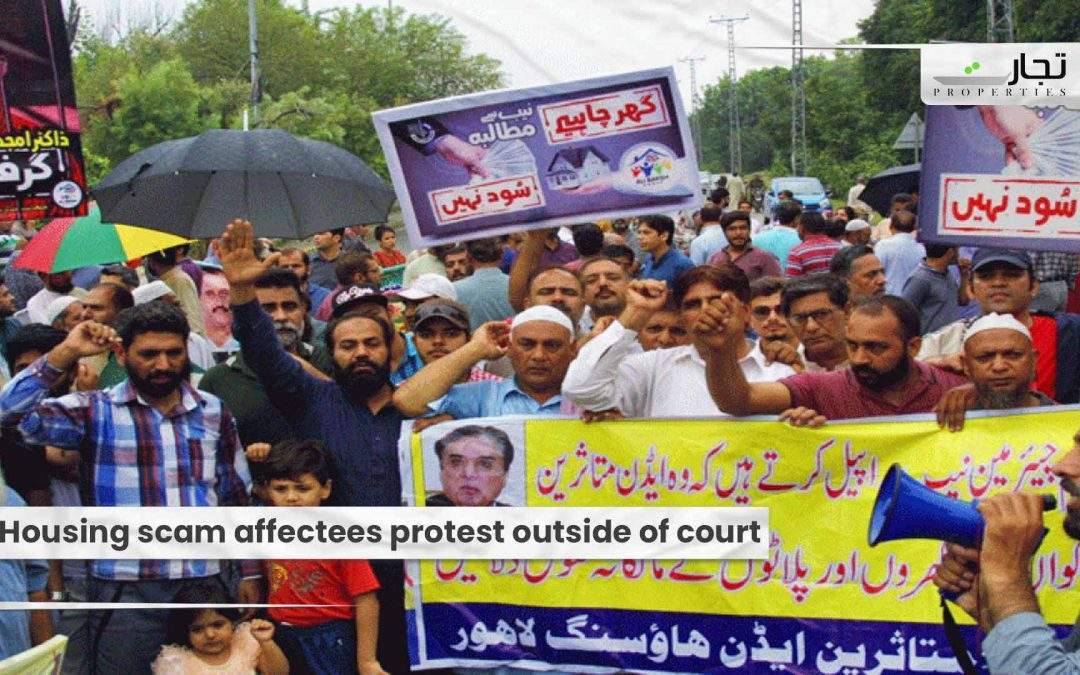 Lahore: Hundreds of victims of the Eden Housing Scheme fraud staged a protest outside the federal lodges in Johar Town on Tuesday. Protesters screamed chants against the housing scheme’s owners and demanded swift justice from the courts, holding placards in their hands.

The National Accountability Bureau (NAB) was working on a plea deal with the scheme’s directors to pay the victims.

In a referral against them, an accountability court issued non-bailable arrest warrants for Dr Muhammad Amjad, his sons Murtaza, who is the son-in-law of former Chief Justice Chaudhry, and Mustafa, as well as his widow Anjum.

Dr. Amjad, the housing project’s owner, died in August of this year, only weeks after returning from Canada. According to the NAB, around 11,000 people were affected by the housing scam that was discovered in 2013. The suspects defrauded the taxpayers out of Rs18.9 billion and then fled the country.

Murtaza was arrested in Dubai by the Federal Investigation Agency (FIA) in September 2018. He was allowed free, however, due to the lack of adequate evidence against him. Eden owns properties worth Rs22 billion.