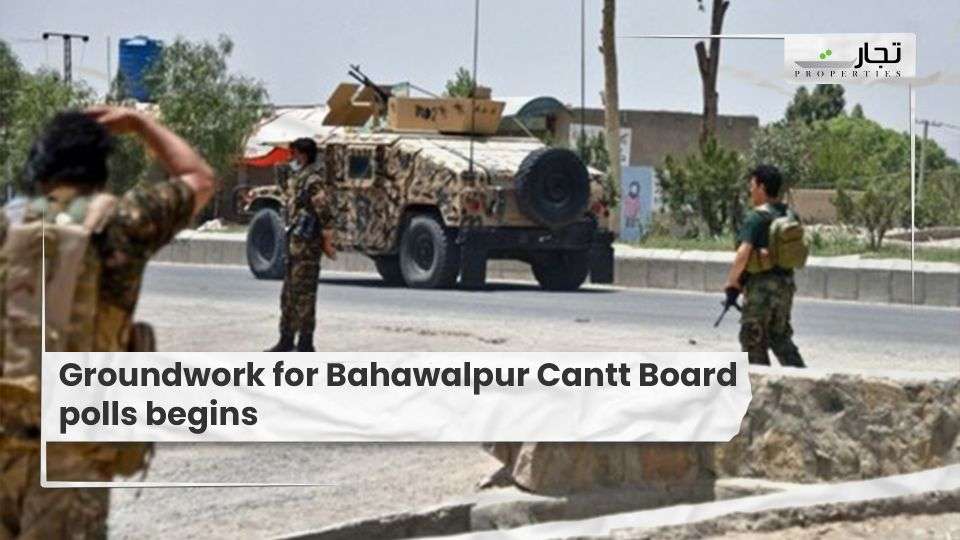 Bahawalpur: According to a recent news report, in the next days, electioneering by prospective candidates of the major political parties for Cantonment Board, Bahawalpur seats is expected to commence in the city. From July 26 to 29, the Election Commission of Pakistan (ECP) is accepting nomination papers from candidates.

None of the candidates had filed their nomination papers yet, according to Returning Officer Rana Ramiz Shafqat, who is also the executive officer of the Cantonment Board. He said that 60 people had picked up nomination forms from his office.

According to the RO, the Cantonment Board now has five wards instead of three during the previous tenure, due to population growth, two more wards have been carved out in the jurisdiction of the Cantonment Board, and one member from each ward will be elected for the board, which will be led by an army officer, with a vice president chosen from among the five civil elected members. The three elected departing members of the city’s CB belonged to the PML-N. After the PTI seized power in the Centre and Punjab, several of them shifted their allegiances.