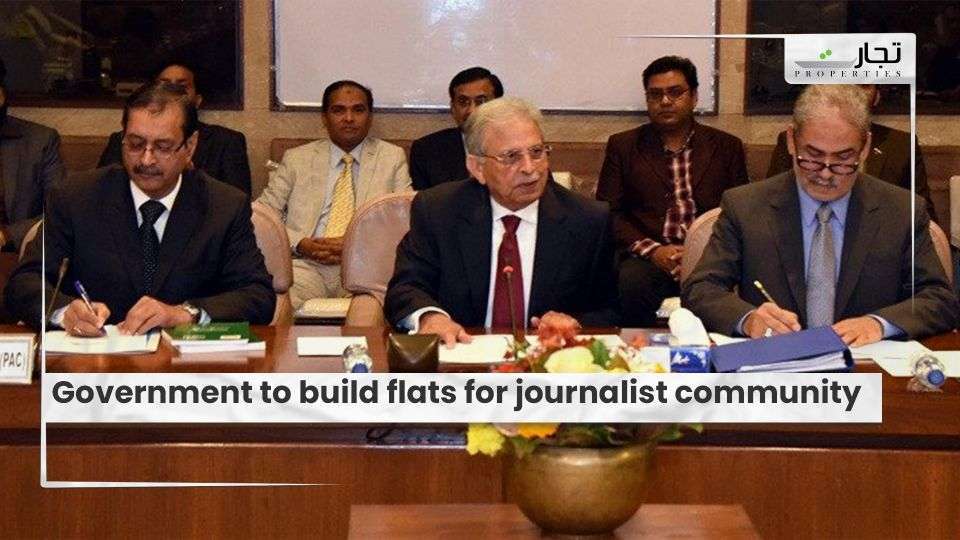 Lahore: According to news reports, Federal Minister of Information and Broadcasting Fawad Chaudhry claimed that the government aims to develop fats for the journalism community. Minister Fawad made the statement during a meeting with leaders of the Punjab Union of Journalists and elected members of the Punjab Assembly press gallery in Lahore.

Read More: Possession method for apartments in Islamabad to start in December

The apartments will be erected on a 2,000-kanal plot of land, with each flat comprising 5 marlas, according to the ministry. He also announced that the journalist community will be granted cheap loans ranging from Rs. 1 million to Rs. 3 million under the Prime Minister’s Kamyab Jawan Program. All of these loans will be made accessible when provincial and federal press clubs have given their approval.

Read More: NPHP apartments to be given to displaced nullahs families in Karachi

The government is considering large-scale aid and uplift programmes for journalists, according to the media. The conference was attended by members of the Union of Journalists as well as others.