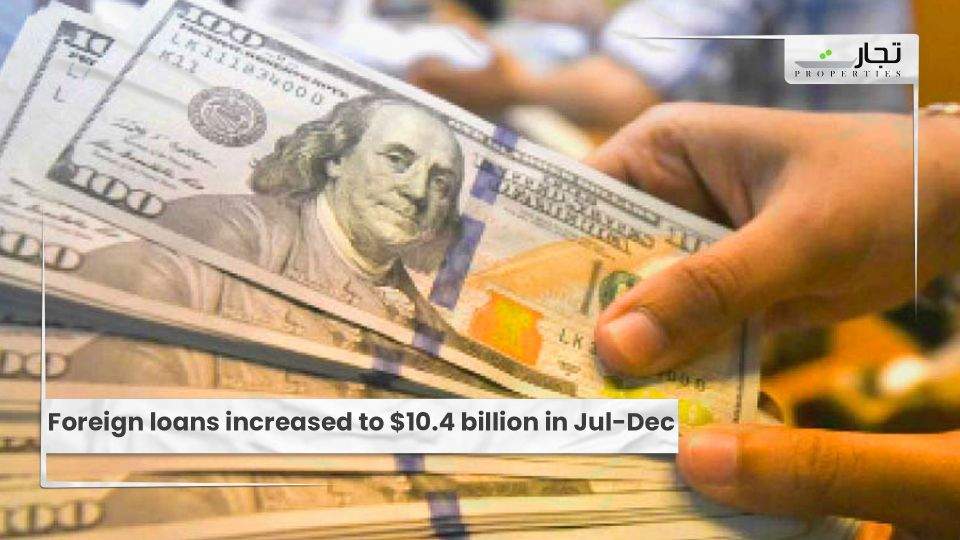 Islamabad: According to the latest report, the government borrowed $10.4 billion in the previous six months. As it tried to resolve the widening current account imbalance and retain debt-financed foreign exchange reserves at current levels, the government borrowed $10.4 billion in the previous six months, rising 78 percent from the same period last year. The Ministry of Economic Affairs stated gross foreign loan disbursements for the current fiscal year remained at $9.3 billion. According to central bank statistics, the government received $1.1 billion in foreign loans from Pakistanis abroad via the Naya Pakistan Certificates. According to official figures, total gross foreign loans obtained in the first half of the current fiscal year were up $4.5 billion, or 78 percent, from the previous fiscal year.

The government is sinking further into debt and is currently taking out the most costly foreign loans it has ever taken out in its 75-year existence. Successive governments, including the present one, have been unable to secure adequate inflows from non-debt-generating sources like exports and foreign direct investment. Remittances, on the other hand, a non-debt-creating source, have improved significantly in the last two years.

Fawad Chaudhry, the Information Minister, claimed last month that the government was taking out new loans to pay off the existing debt. The Debt Policy Statement 2021-22 showed that contrary to the government’s claims that the debt burden was increasing due to the repayment of old loans, the external debt repayments decreased $2.1 billion, or 23.3%, in the last fiscal year compared to the preceding year.

The Pakistan Tehreek-e-Insaf (PTI) administration has added a new debt instrument to the list: very costly Naya Pakistan Certificates-backed loans. The $1.1 billion loans were obtained at a 7 percent interest rate in dollar terms from July through December. According to the Ministry of Economic Affairs, the $9.3 billion in foreign loans included a $3 billion short-term loan from Saudi Arabia last month.

Despite Saudi Arabia’s aid, the total official foreign exchange reserves had fallen to $17.1 billion by mid-January, just enough to cover ten weeks’ worth of imports. In the first six months of this fiscal year, banks received a total of $2 billion in foreign commercial loans, including $502 million in December. The government receives $1.1 billion from Dubai Bank, including a new $420 million contract.