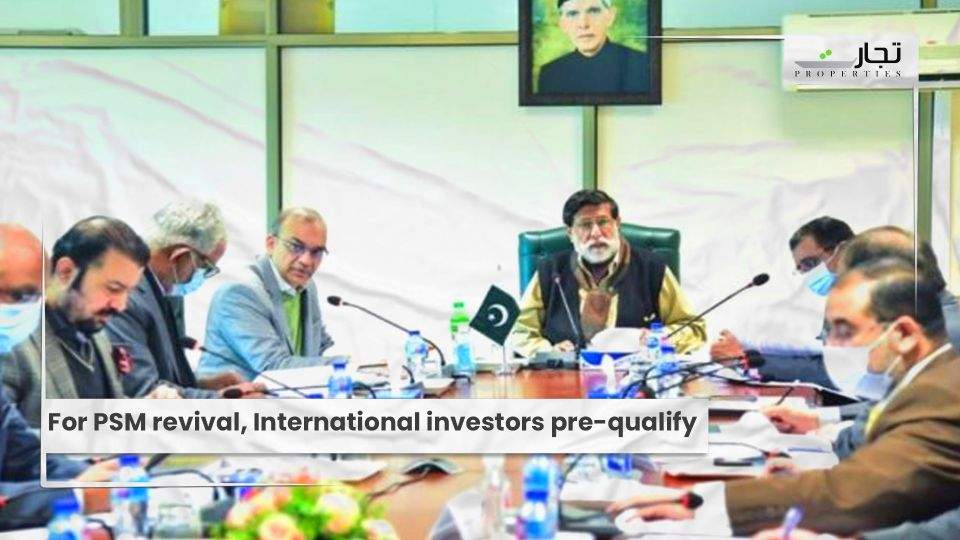 Federal Minister Privatization Mohammed Mian Soomro directed a Privatization Board meeting to talk over the report related to the prequalification of potential investors. The minister ordered the legal team to recover the amounts payable to the Ministry of Privatization during the meeting.

According to reports, a prequalification committee was established to survey the pre-qualified parties because six interested international investors submitted Statement of Qualification (SOQs).

Correspondingly, Federal Minister Soomro held a meeting to analyze the ongoing privatization program. The PC told the attendees that the Ministry of Commerce (MoC) is yet to determine whether or not it should divest 24.4 percent of Pakistan Reinsurance Company Limited’s shares. The list of existing private enterprises, including corporations from multiple areas such as power, manufacturing, and banking, was also reviewed at the conference.

Additionally, the meeting was notified that the House Building Finance Company Ltd (HBFCL) declaration of intention had already been issued. It was declared that the target to submit applications was January 31, 2022, and the privatization process is expected to be completed by June 2022.