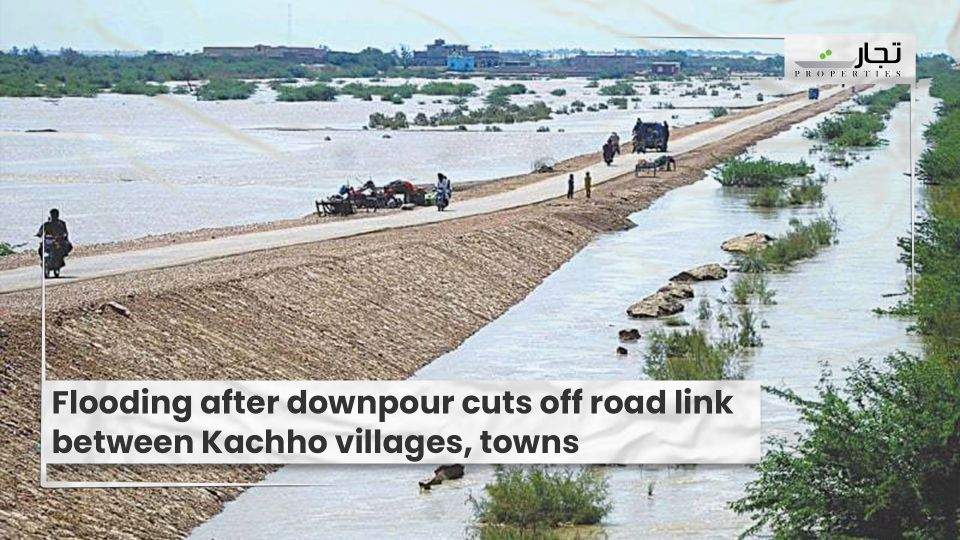 Dadu: On Friday, heavy rain in the Khirthar Range of mountains flooded 12 link roads, cutting off connections between numerous small towns and 400 villages in the Kachho belt and Johi town, and causing the collapse of nearly 200 mud-thatched buildings.

Natural storm water drains of Nai Gaaj Nullah, Nai Nali, Nai Angai, Drigh, and Nai Sore rose to 20 feet as a result of the consequent hill torrents, inundating hundreds of acres of farm land cultivated with vegetables and other crops as well as barren land. After filling up the area, the rainwater began to flow towards Manchhar Lake.

Read More: Rain might cause floods in the twin cities

Rainwater had destroyed all mud-thatched houses in Kachho, according to Gulan Khan Loond, a resident of Drigh Bala, who told this reporter over the phone that roughly 200 had collapsed. He claimed that local residents had produced vegetables on 200,000 acres, but that they had all been destroyed recently.

Shahmir Jamali of Tando Rahim Khan said that rainwater had stranded several thousands of families in flooded villages and they were now facing shortages of food, medicines and drinking water.