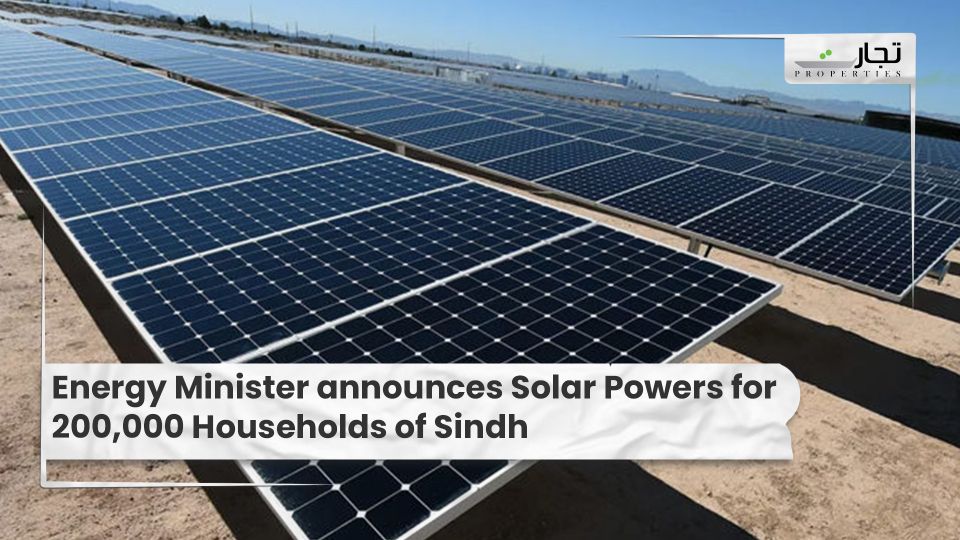 Karachi: As per the latest news, Sindh’s Energy Minister recently announced that an agreement had been signed with suppliers to provide solar power to around 200,000 households in the province’s ten districts.

According to the signed agreements, 200,000 homes in the districts of Sujawal, Tharparkar, Sanghar, Badin, Khairpur, Mithi, Ghotki, Jacobabad Kashmore, and Qambar-Shahdadkot will be powered by solar energy in the near future.

However, he went on to say that Sindh’s provincial government was working on open and environmentally sustainable energy projects to help the province solve its energy crisis.