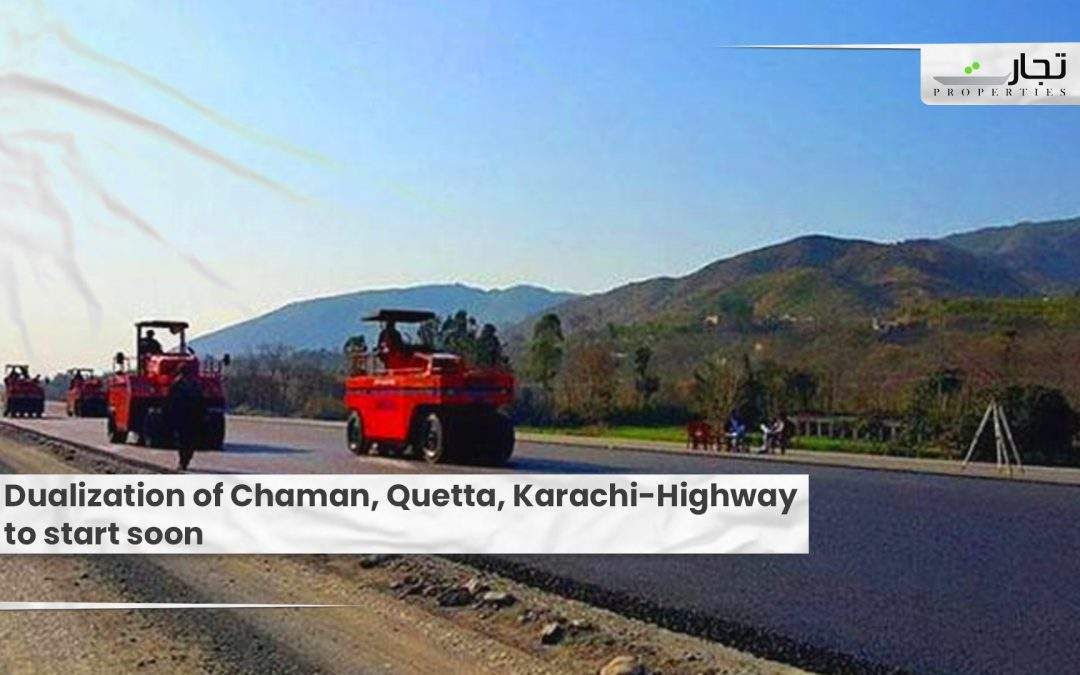 Karachi: An official of the Balochistan administration said on Wednesday that work on the dualization of the 796-kilometer Chaman-Quetta-Karachi-Highway will begin next month in order to give the greatest communication facilities.

He stated that, as a result of the Balochistan government’s efforts, the federal government has allotted Rs 81.582 billion in the first phase for the building of the Kuchlak to Khuzdar stretch of the Quetta-Karachi highway in the current fiscal year.

The tender for the second portion of the two-lane highway has also been released, while the remaining two sections of the major highway are still in the feasibility stage, he noted.

The project entails the creation of a new carriageway as well as the restoration of the current road to make it a four-lane split carriageway. The national highway connecting Quetta and Karachi would be built in a public-private collaboration.

He stated that the development of new roadways and the extension of current motorways would not only pave the way for socioeconomic uplift in far-flung districts of Balochistan, but would also benefit the entire region’s economy.

The provincial administration is collaborating with the federal government to give citizens across the province with modern transportation options.