Details shared on land to be acquired for Sambrial-Kharian Motorway 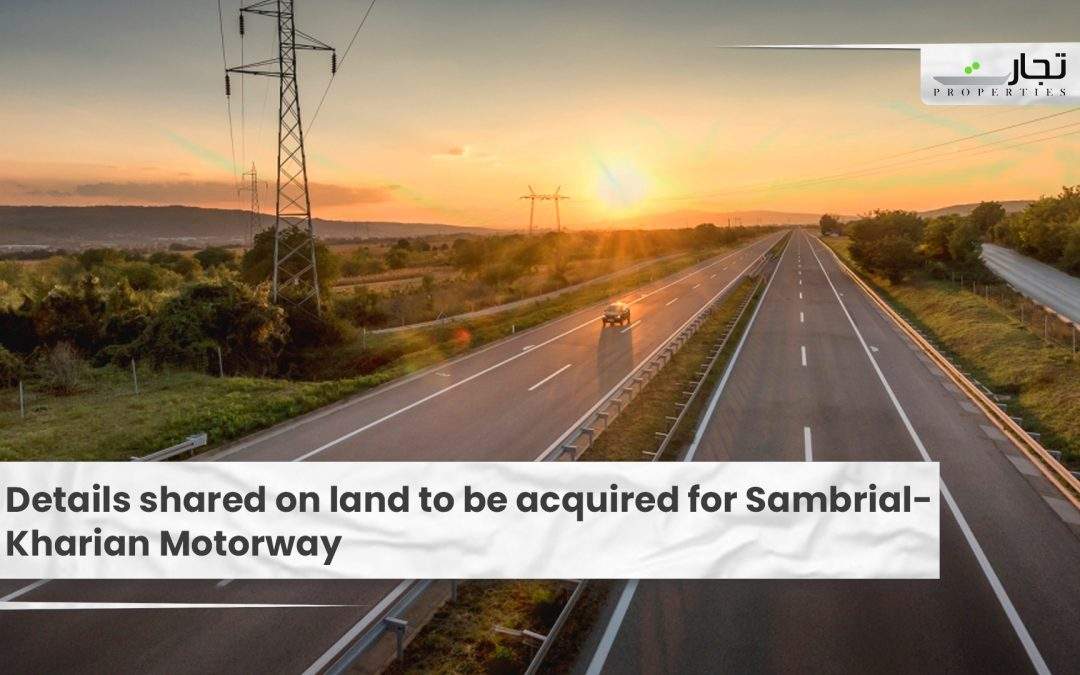 Gujrat: According to reports released on Sunday, a total of 4,600 acres of land would be bought for the construction of the Sambrial-Kharian Motorway in the Sialkot and Gujrat districts (November 21).

Read More: Land of 64 villages to be acquired for Sambrial-Kharian motorway

According to Gujrat Additional Deputy Commissioner Revenue Amir Basheer Kang, 3,450 acres will be purchased in Kharian and Gujrat tehsils, with the remaining land being purchased in Sialkot’s Sambrial tehsil. He went on to claim that the National Highways Authority (NHA) had wanted double land in the event that a dual carriageway extension was needed in the future.

Furthermore, Gujrat Assistant Commissioner Faisal Abbas Mangat stated that the land revenue department’s field staff has been asked to begin surveying structures and trees along the proposed path in order to establish the entire cost of land purchase.

According to reports, the Sambrial-Kharian Motorway is a 69-kilometer extension of the Lahore-Sialkot Motorway (M-11). Five interchanges and a junction near the rest area will be built, according to the plan.