Demolition of Nasla Tower begins from ground floor in Karachi 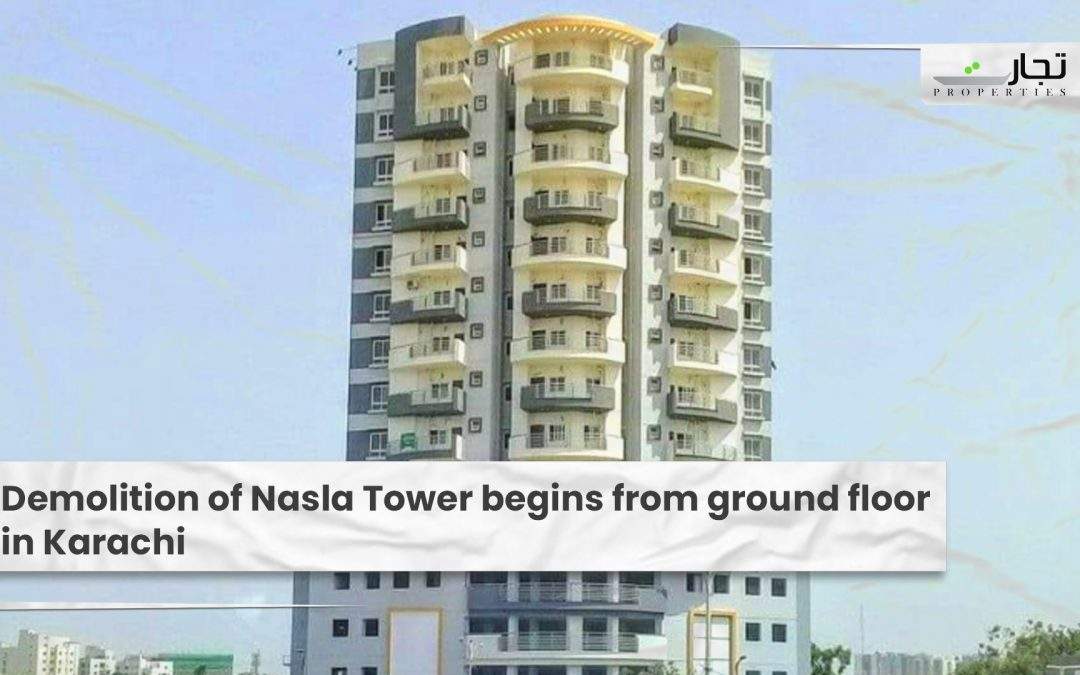 Karachi: The local administration began demolition of Nasla Tower on Wednesday, hours after the Supreme Court admonished the Karachi commissioner for failing to comply with its directives, putting the five-month ordeal to a climax as the 15-story residential building is about to collapse due to government machinery.

However, issues have been raised about the administration’s choice of demolition approach, which, unlike previous operations of this sort, began on the bottom floor.

However, officials from the Sindh Building Control Authority (SBCA) and the Karachi commissioner in charge of supervising the labourers and heavy machinery operators refused to explain why demolition began from the ground rather than the top, as it had in previous operations against illegal structures.

Earlier this morning, the Supreme Court, in hearing the case, ordered the commissioner to destroy Nasla Tower immediately and threatened him with legal action if he did not comply. The warning came after a three-judge SC bench, led by Pakistan’s Chief Justice Gulzar Ahmed, questioned Commissioner Iqbal Memon about the building’s demolition.