Crackdown to be launched against illicit housing scheme in twin cities, says Commissioner 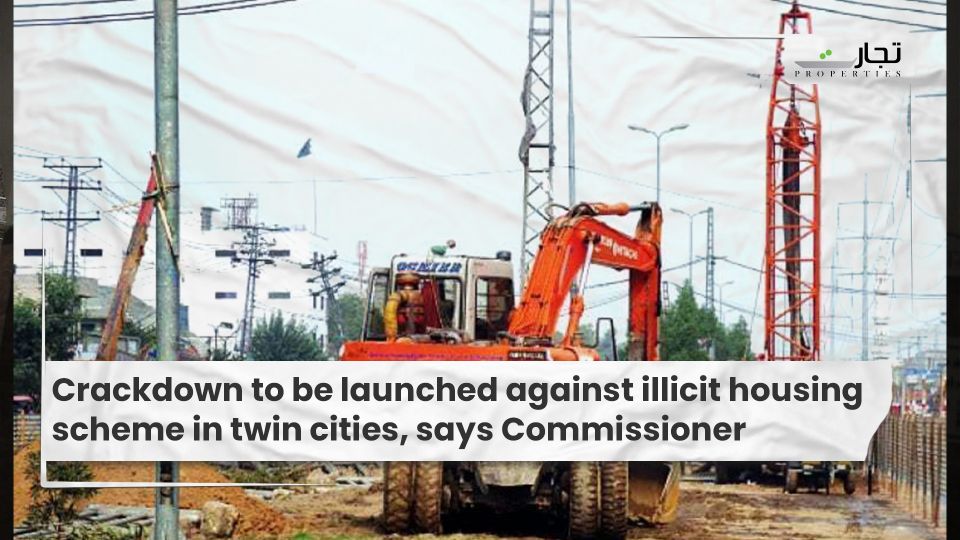 Islamabad: As per the latest news, the Chief Commissioner Office of Islamabad has instructed the relevant authorities to launch a crackdown on all illegal housing schemes in the capital city to prevent people from falling into the traps of corrupt developers,. The directives were released after the commissioner received various complaints from stakeholders.

Read more: Site offices for illegal housing projects have been shut down

The directives were given to the Deputy Commissioner Islamabad, Municipal Administration Chief, Registrar Cooperatives, and the concerned directors of the Capital Development Authority (CDA) in order to begin the crackdown.

According to the directive, no promotion, advertisement, or sale of plots by developers of housing schemes for which a No Objection Certificate (NOC) has not been obtained can be entertained by the concerned departments.

To counter this, the Chief Commissioner’s office has asked all related departments to launch a public awareness campaign to discourage people from falling into such traps. People should also check the legal status of any housing scheme with the RDA and CDA before entering into any such deals.

Before printing or publishing their content, the office has ordered the concerned departments to obtain a warrant stating that the publishers and printers have checked the status of housing schemes.