CPEC JCC 2021 likely in next week of September 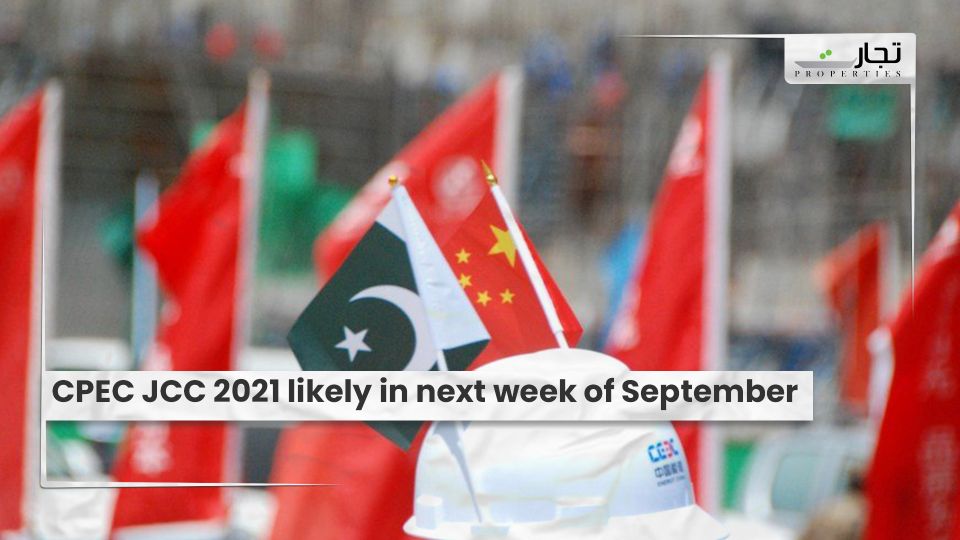 Islamabad: According to press reports, the much-anticipated Joint Coordination Committee (JCC) for the China-Pakistan Economic Corridor (CPEC) will convene in the first week of September. Khalid Mansoor, the Special Assistant to the Prime Minister (SAPM) on CPEC, said on Monday that the meeting might take place on September 23 or 24 in Islamabad.

The Pakistani delegation will be led by Planning Minister Asad Umer, while China will be represented by Vice Chairman of the National Development and Reforms Commission (NDRC) Ning Jizhe. The conference will address issues such as the CPEC’s second phase and the project’s completion schedule.

The USD 6.8 billion railway Main-Line 1 (ML1) is at the top of the list of programs and projects to be evaluated during the 10th JCC, with further initiatives in agriculture, research and technology, energy, and infrastructure also on the agenda.

The 10th JCC was originally scheduled to take place in July, however, it was postponed owing to security concerns. The most recent meeting, however, will be led by a new CPEC Authority chairman, as Asim Bajwa’s term has come to an end and he has retired.