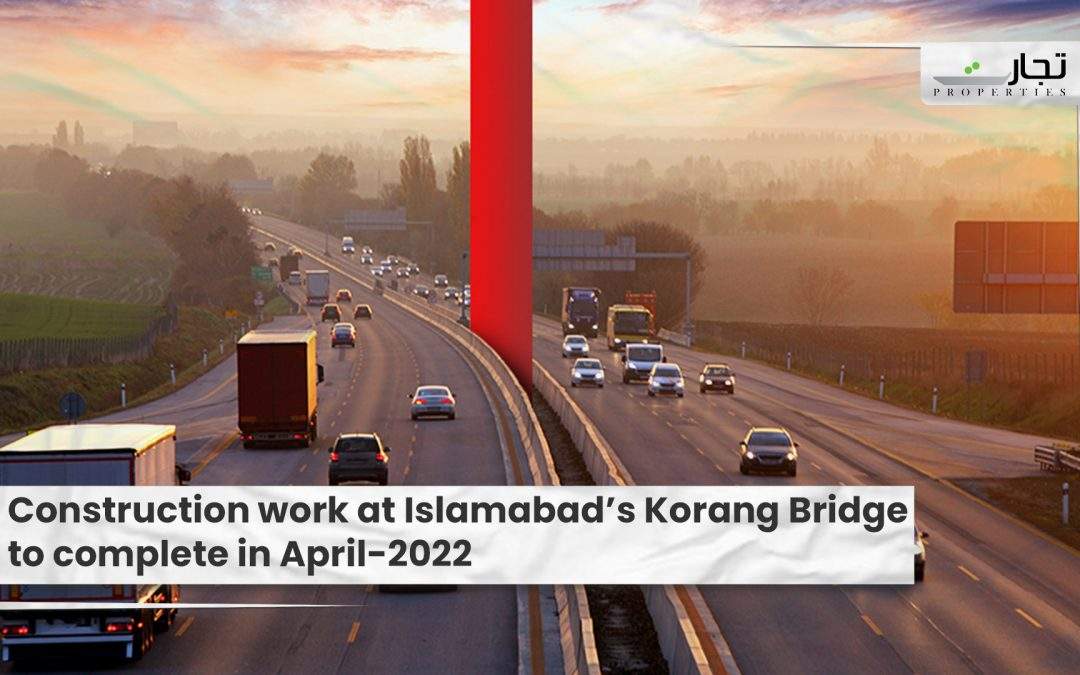 Islamabad: According to news reports, the Capital Development Authority (CDA) announced that the Korang Bridge project will be completed in April 2022.

According to the CDA officials, the project was supposed to be finished in December, but it has been delayed and is now anticipated to be finished next year. According to CDA authorities, the authority granted both the P.W.D Underpass and the Korang Bridge projects at the same time and to the same contractor.

The civic agency’s top priority was to finish the P.W.D. Underpass, following which work on the bridge would begin. The official went on to say that switching utility services took longer than expected.

Furthermore, CDA authorities stated that the highway, which is one of the city’s busiest roadways, is used by both heavy and local traffic, particularly individuals travelling to and from Lahore. The Azad Kashmir-Punjab-Khyber Pakhtunkhwa Expressway is a vital link linking the three provinces of Azad Kashmir, Punjab, and Khyber Pakhtunkhwa.

Read More: PWD Underpass to open for motorists from October 21

The traffic load has increased as a result of development in the surrounding districts. The expansion of the Korang Bridge will significantly reduce traffic congestion. According to a CDA official, the agency is also developing and restoring existing service roads from Faizabad to Koral, which will help to relieve traffic congestion even further.