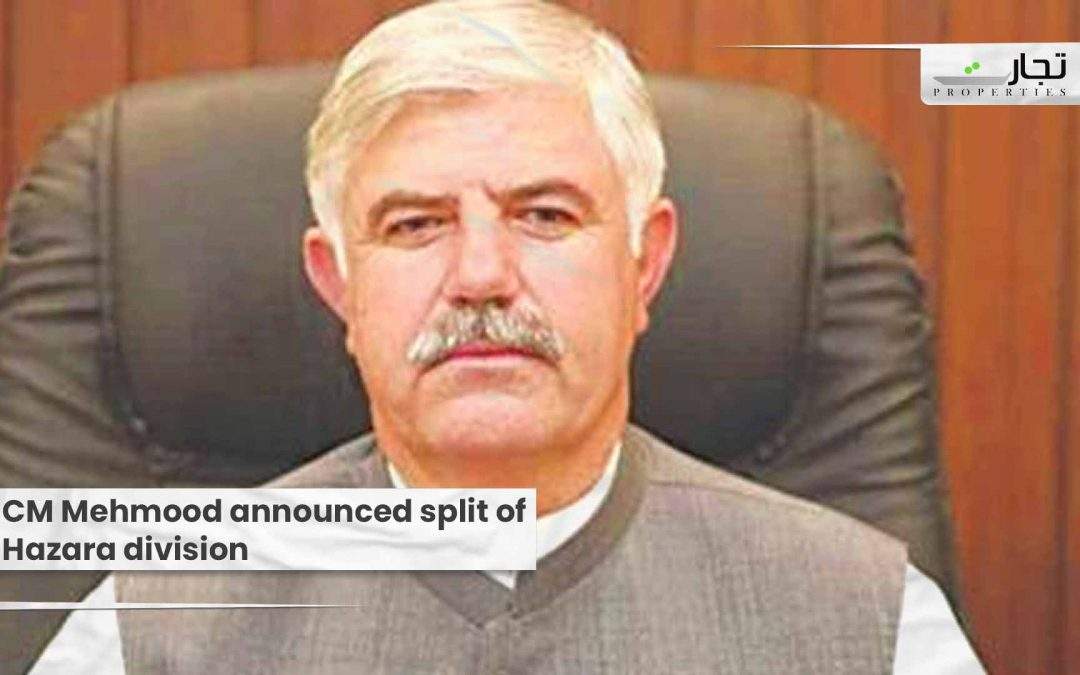 Peshawar: According to news reports, Khyber Pakhtunkhwa (KP) Chief Minister Mahmood Khan ordered the splitting of the Hazara Division on Thursday (December 02). Abaseen, the new division, will be part of a new Zone-6 and will comprise the Malakand and Hazara districts.

Read More: Tourists spots in Malakand, Hazara to be linked with motorways

Following its split from the Battagram District, the Allai tehsil will be awarded district status, according to the source, and a notification will be issued soon. Kohistan Upper, Kohistan Lower, Kolai Palas, Shangla, Battagram, and the newly formed district Alai will make up the newly formed Abaseen division. Abbottabad, Haripur, and Mansehra will be the surviving Hazara Divisions after the separation.

Read More: In Hazara, Sasta bazaars have been set up

Furthermore, at a meeting in Battagram, CM Mehmood remarked that the creation of a new division will increase administrative control and alleviate public difficulties. It was also revealed that the question of where the newly proposed division’s headquarters should be located is still being debated, with the district of Bisham being a strong contender for the Abaseen Division’s centre. On the occasion, Minister Mehmood also announced a PKR 120 million development grant for the Battagram District.