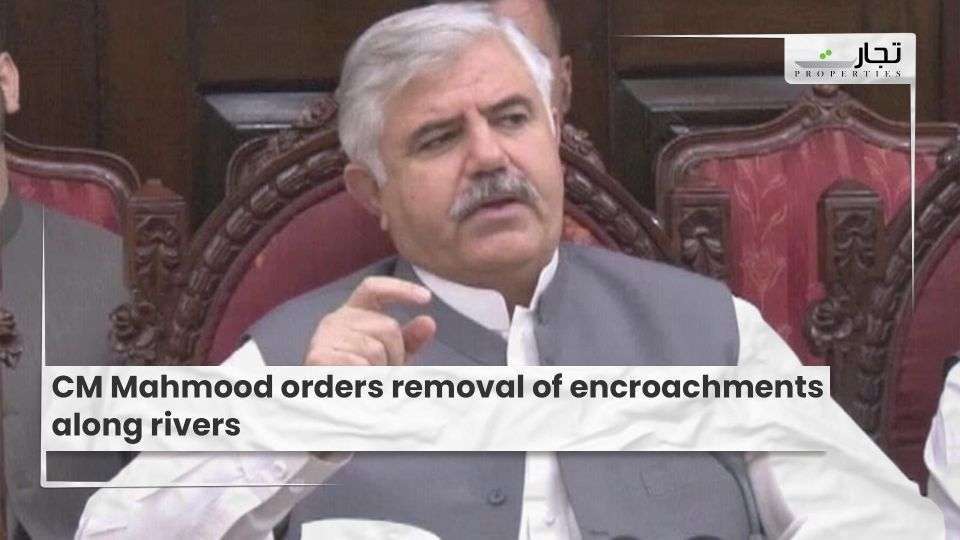 Peshawar: On Monday, Peshawar division Chief Minister Mahmood Khan urged competent officials to remove encroachments along rivers and waterways in various regions of the division within a month.

According to a statement released here, he was chairing a meeting to examine development projects in the Peshawar division. Members of parliament from Peshawar, Charsadda, and Nowshera districts, as well as the Peshawar commissioner and other senior officials, attended the meeting.

Read More: PIA to operate flights between Lahore and Peshawar

Following complaints from legislators about encroachments along rivers and waterways in certain areas, the chief minister ordered the Peshawar commissioner and the public health engineering department to conduct an operation against all such encroachments and remove them within a month, according to the statement.

The meeting was informed that during the previous meeting, a total of 62 public and development issues were identified for the Peshawar division, of which 25 issues were addressed and work on 30 of them was in progress according to the timeline, while the resolution of the remaining seven issues was delayed due to technical reasons.

Mr Khan has asked all provincial ministers to meet with MPAs from all districts on a regular basis and take meaningful steps to settle concerns relating to their departments.

The chief minister asked the local government department to come up with realistic suggestions for units similar to the Water Supply and Sanitation Company in Nowshera and Charsadda in order to improve sanitation services in both districts. He also decided to convene a separate conference to address power-related issues in several Peshawar neighbourhoods.