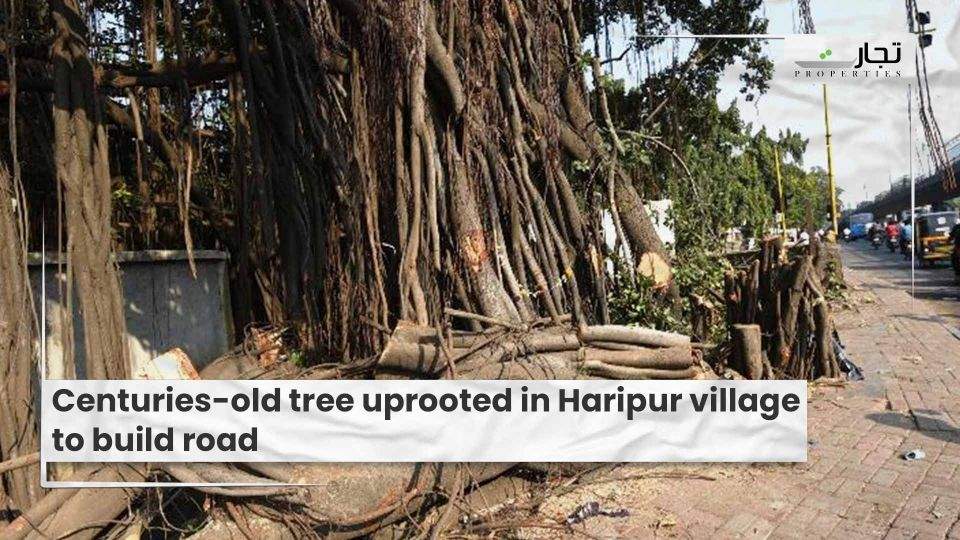 Haripur: Residents of Mughalabad village are grieved by the uprooting of a 400-year-old banyan tree for road building. They told this reporter that the British government used to provide its owner Rs. 5 every month as a pension. They said that he received the money until his last breath.

According to locals of Mughalabad Mohra Muhamdu, their forefathers planted the banyan tree 400 years ago, and its mature trunk and branches have been used by the people for decades to take a nap while working in their agricultural fields.

It was the only tree that had lived for a long time, according to Babu Younas, a retired Pesco employee, and provided shade to the locals. He claimed to be one of the fortunate villagers, whose roofs were shaded by the shadow, making them feel as if they were in an air-conditioned room.

He said his father informed him that on a hot summer day in 1886, a British deputy commissioner of Abbottabad, whose name he couldn’t recall, was on an official visit to Mankraey and Sera-i-Nehmat Khan villages when he stopped near Mughalabad hamlet and spent half an hour in the shade of a tree.