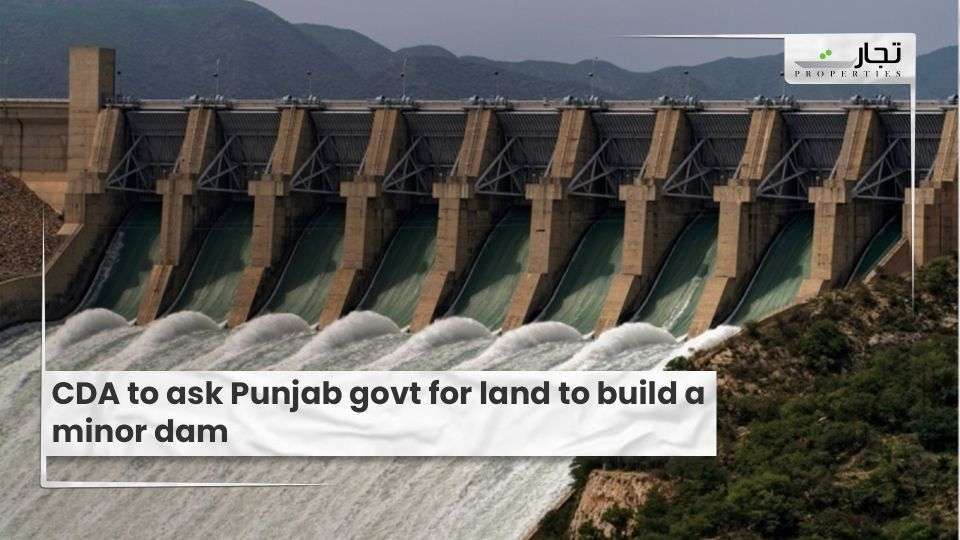 Islamabad: The Capital Development Authority (CDA) has decided to approach the Punjab government for land to build a minor dam in the Simly Dam’s upper reaches.

“We want to build a small dam upstream Simly Dam at Chinoyot located in the limits of the Punjab government. The CDA chairman has directed us to take up the issue with the Punjab government,” Sardar Khan Zimri, Deputy Director General (DDG) of the Water Management Department, told on Sunday.

He said that a feasibility assessment for the dam was performed in the 1980s, but that no action was taken after that to build the reservoir.

Mr. Zimri stated that construction work will be completed in two years when all legalities were fulfilled. According to him, the proposed dam will add roughly 20 million gallons of water per day (mgd) to the system.

When asked why a dam was being built near Simly Dam, he explained that the reservoir will be utilized to store water during rainy seasons.

According to officials, the CDA chairman recommended that instead of focusing on the Ghazi Barotha project, the CDA should look at modest projects that would add around 30 million gallons per day to the system, which would be sufficient to address water shortages in the coming years.

The chairman reviewed the planned dam study and instructed the engineering wing and the directorate of water management to send a letter to the Punjab government.

The CDA would also dig 23 wells to store rainfall, which will restore Islamabad’s subsurface water level, according to the meeting.

Islamabad is a water-scarce city, as the civic body has been unable to add water from any fresh source to the system over the last few decades. After more than two decades, the CDA was able to reclaim two million gallons of water from Rawal Dam last year.

The CDA currently gets 60 million gallons per day from three main sources: Simly Dam, Khanpur Dam, and tube-wells. According to CDA’s own research, the real demand for the entire capital is 220 mgd. Since 2008, the CDA has been debating and holding meetings over the massive Ghazi Barotha Project.