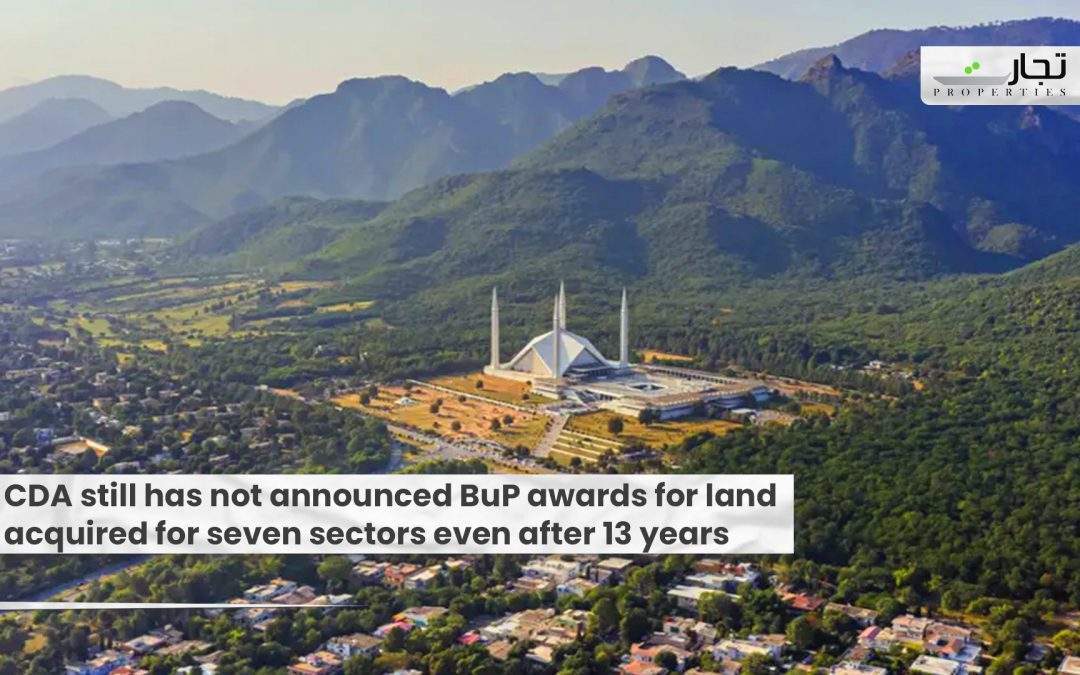 Islamabad: The Capital Development Authority (CDA) has yet to announce the built-up property (BuP) awards for seven residential sectors for which land was purchased in 2008. D-13, E-13, F-13, C-13, C-16, I-17, and H-16 land awards were made in 2008-9, however the CDA did not declare their BuP awards at the same time, resulting in the rise of dwellings on property that theoretically belonged to the civic agency.

Despite this, the CDA has yet to announce the BuP awards necessary to wrest control of the land from the people. “To minimise financial damage to the CDA, both land and BuP awards should have been issued on the same day,” an official stated.

He thought it was interesting that the CDA bought the site but didn’t use the BuP awards, which would have allowed locals to build dwellings on it.

When contacted, Director Land Afnan Alam stated that a survey in one of the sectors was nearing completion and that the CDA will soon be moving on to other sectors. The CDA will announce the BuP awards after the survey is completed, he said. When asked about the delay in implementing the cabinet’s instruction, he stated that the CDA will do so.

In addition to the seven sectors, the BuP awards of C-14 and C-15 were announced by the CDA some years ago but the civic agency failed to issue allotment letters to people to get possession of the land.