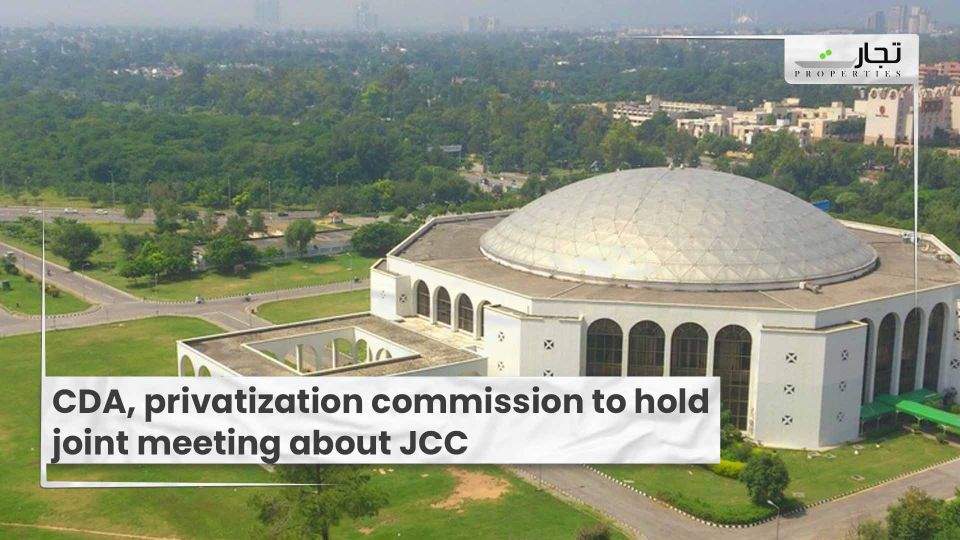 Islamabad: According to press reports, the board of the Capital Development Authority (CDA) has decided to have a combined meeting with officials from the Privatisation Commission to discuss the privatisation of the Jinnah Convention Centre (JCC). The discussion will address the unresolved difficulties surrounding the privatisation of the 7.59-acre JCC, as well as the issues that have caused the process to be delayed.

The meeting has been called by municipal management to address ongoing concerns with the sale of JCC, according to sources. After CDA was paid PKR 1.14 billion, the convention centre on one end of Constitutional Avenue in Islamabad was transferred to the ministry of the interior.

However, the CDA postponed the amended allotment letter owing to the need for a feasibility report on water availability, solid waste management plan, energy and power supply from a grid, traffic effect, and sewage treatment plant, according to the privatisation commission.

Read More: Renovation of museum building in F-9 underway, according to CDA

The privatisation ministry, on the other hand, has stated that a report submission was unnecessary after the cabinet and prime minister’s approval. In response, the CDA stated that the letter’s issuance has not been delayed or postponed, and that the impending meeting will clarify management’s position.