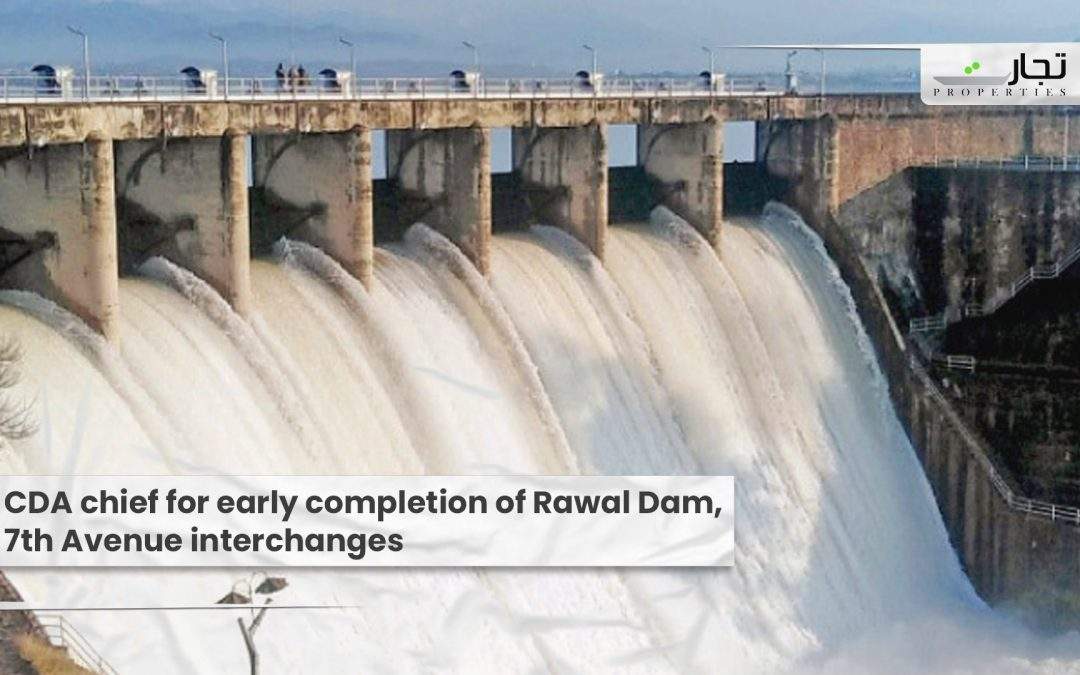 Islamabad: The chairman of the Capital Development Authority (CDA) ordered that all four slip roads of the Rawal Dam Interchange, which is still under construction, be available to traffic by the end of this month.

While visiting the Rawal Dam Interchange project sites on Monday, the chairman of the Capital Development Authority (CDA) issued directions. The Rs1.1 billion interchange is expected to be completed by October. However, just around 40% of the work has been accomplished so far.

The chairman noted that all four slip roads should be open by the end of this month to bring relief to motorists during an inspection of the Rawal Dam intersection. Two slip roads (one from Park Road to Faizabad side) and one leading to the roundabout have already been partially opened for traffic, he was told.

All four slip roads should be carpeted and available to traffic this month, according to the chairman. The chairman also asked officials to put reflectors around the interchange site to help commuters, according to a news release from the authority.