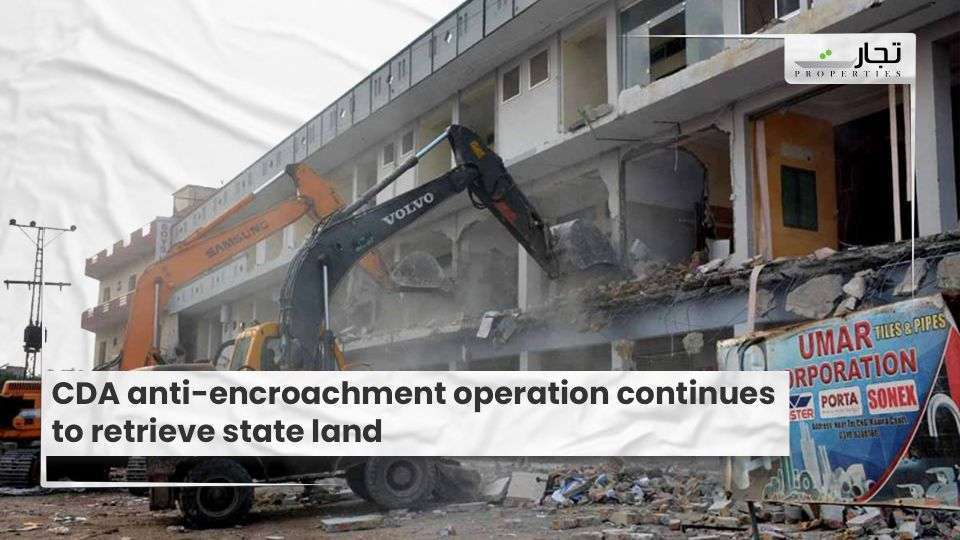 Islamabad: The enforcement section of the Capital Development Authority (CDA) started an anti-encroachment operation against illegal buildings and structures in different locations of the city on Sunday, August 22 to reclaim unlawfully occupied state land, according to news reports.

The objective of the anti-encroachment campaign, according to officials, is to protect government land from encroachers and maintain Islamabad encroachment-free in accordance with federal government guidelines.

The CDA’s enforcement division, which was backed up by a large number of police and district administration, carried out the encroachment operation. A boundary wall and tiny rooms with gates were removed during the operation, which began in Saidpur, and various portions of the plaza in Sector I-10/4 were also demolished.

A plaza erected on government land in Shakrial’s Zia Masjid and another built in Sangjani’s Sarai Mado were also destroyed. In Islamabad’s Bari Imam neighbourhood, an under-construction damp proof course (DPC) portion was also demolished. The present anti-encroachment operation is a continuation of the CDA’s long-running anti-encroachment effort.